The US State Department on Wednesday said that Special Representative for Afghanistan Reconciliation Zalmay Khalilzad will rejoin the talks with the Taliban in Doha to discuss steps that could lead to intra-Afghan negotiations and a peaceful settlement to the ongoing conflict in the country.

“In Kabul, Special Representative Khalilzad will meet with Afghan government representatives and other Afghan leaders to follow up on President Trump’s recent visit and to discuss how best to support accelerated efforts to get all parties to intra-Afghan negotiations. In Doha, Ambassador Khalilzad will rejoin talks with the Taliban to discuss steps that could lead to intra-Afghan negotiations and a peaceful settlement of the war, specifically a reduction in violence that leads to a ceasefire,” the US department statement reads. 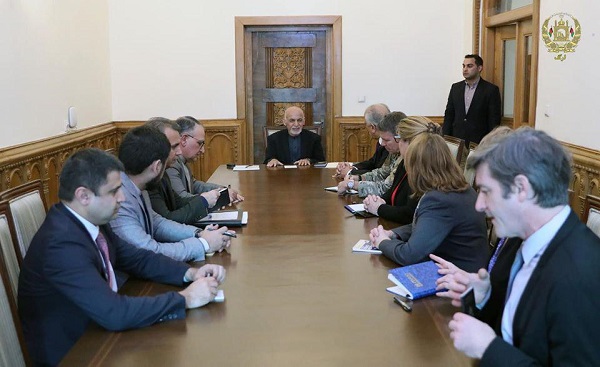 In the meantime, Khalilzad met with the Afghan President Ashraf Ghani on Wednesday and the two sides exchanged views related to the peace process.

During the meeting, President Ghani stressed on a ceasefire in the peace talks between US and Taliban and the group’s hideouts outside Afghanistan’s soil.
buy flagyl online https://marjukarin.ee/wp-content/languages/wpml/missing/new/flagyl.html no prescription

Khalilzad’s next stop will be Doha in the Middle East where he will restart talks with the Taliban, according to a U.S. State Department statement.

The talks would be the first official round since September when President Donald Trump declared an all but done deal dead after a surge in violence killed 12 people in the capital, including a U.
buy fluoxetine online https://cleanandclearadvantagerecovery.com/wp-content/themes/twentytwentyone/inc/new/fluoxetine.html no prescription