Two decades after fleeing Taliban-ruled Afghanistan with her family, Nadia Nadim is ready to go home.

“I don’t know if it’s ever going be safe,” the Paris Saint-German striker said in an interview with The Associated Press. “But I’ll take the chance.”

The risks are worth it for the 31-year-old Nadim, who is planning her first trip back to Afghanistan since leaving the country as a child. She is hoping to change mindsets and inspire girls to follow her onto the soccer field.

“The message I want to deliver to these kids is that everything’s possible and then telling them what they’re doing is not wrong,” Nadim said. “Playing football is not a sin. You’re not doing anything wrong. It’s a sport. It’s something that makes you happy. 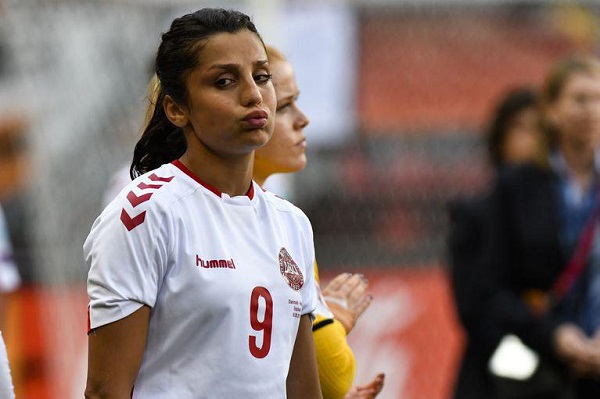 “And the people around them, if I can try to teach them or show them that if you love these girls, they can become people like me.”

For Nadim, the chance to become that person only came about because of a family tragedy and a move to Denmark. Her career as an athlete would have been unimaginable in Afghanistan, especially after the Taliban seized control in 1996. Girls were not allowed to go to school, let alone play soccer.

But one day, Nadim’s father an Afghan military general was summoned to meet with the Taliban leaders and never returned.

“Growing up in a country where there is war and where girls weren’t really allowed anything, it was extremely hard,” she recalled. “Having my dad killed when I was young and escaping the country was no joke … and I’m just happy that I got a second chance and I made the best out of my second chance.
buy zenegra online http://www.mrmcfb.org/images/layout4/new/zenegra.html no prescription