The spokesman of Shahin 209 Corps, Hanif Rezai said that the first airstrike was conducted on a Taliban’s position in Aq Tapa area of Char Bolak district where 31 Taliban militants including their commanders were killed. 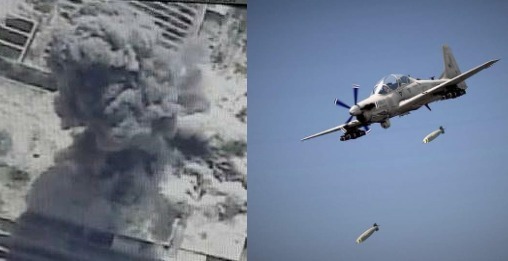 He said the second airstrike was conducted in Goor Tapa area at around 03:00pm, where 26 Taliban militants were killed.

Rezai added that the security forces switched from defensive mode to offensive.

He added that two Taliban’s hideouts and an ammunition report was destroyed in the attacks.