The sixth summit of strengthening consensus for peace in Afghanistan was held today in the presence of Foreign Minister Mohammad Haneef Atmar, high-ranking government officials, ambassadors and representatives of Asian and European countries, and Afghanistan’s regional and international partners.

The Ministry of Foriegn Affairs (MoFA) in a press release said that the Foreign Minister spoke about the challenges of the second round of peace talks, the Taliban’s regional trips and the group’s failure to live up to its commitments, the Islamic world’s consensus on condemning war and supporting peace, and the importance of regional and global consensus for the Afghan peace process.

“We are grateful to our regional and international partners for agreeing with us on the Taliban’s non-compliance with their commitments,” Mr Atmar said. “Reducing violence, cutting ties with terrorists, advancing sincere and meaningful negotiations, and not returning to the battlefields were the four commitments that the Taliban failed to fulfill.” 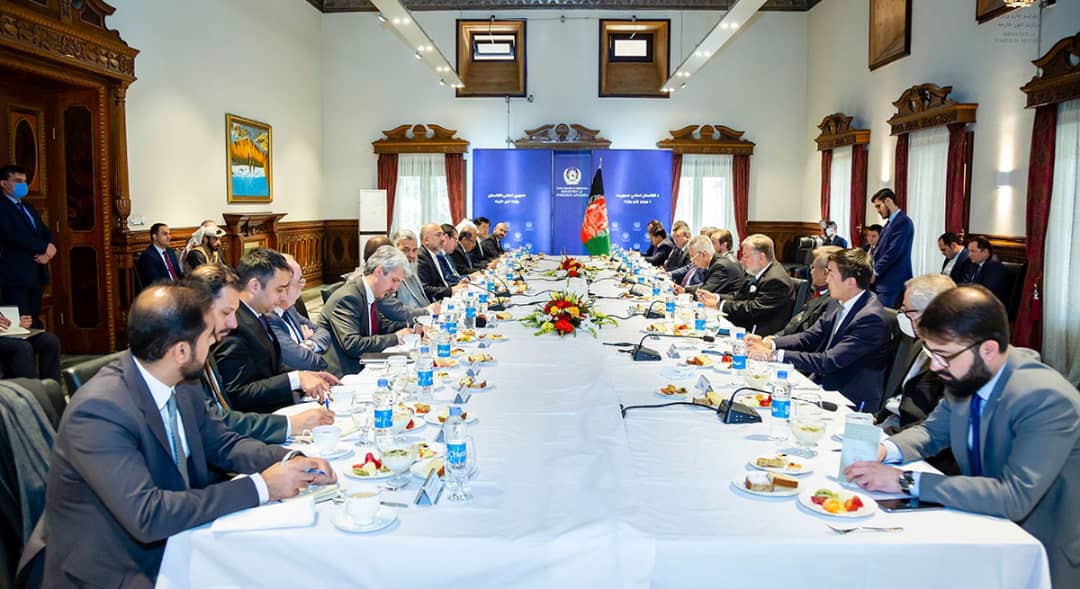 The Foreign Minister also welcomed the US decision to review the Taliban’s performance over their commitments, calling it important for the progress of the peace process.

In the meantime, the ambassadors and representatives of countries in the region and the world expressed their deep concern over the escalation of violence and targeted killings of civilians.

They also announced support on behalf of their governments for the continuation of negotiations and the progress of the Afghan-led and Afghan-owned peace process.