The Chairman of High Council for National Reconciliation (HCNR) Abdullah Abdullah says the Taliban’s current position is not helping the peace process.

Speaking at a ceremony, recognizing the formation of a commission for the political parties at HCNR, Dr. Abdullah said, “At the moment, the Taliban have taken a tough stance, which unfortunately does not help the peace process.
buy viagra super fluox force online http://expertcomptablenantes.com/wp-content/themes/twentytwentyone/classes/new/viagra-super-fluox-force.html no prescription

Our delegation is still in Doha, and we hope that this deadlock will be short-term.” 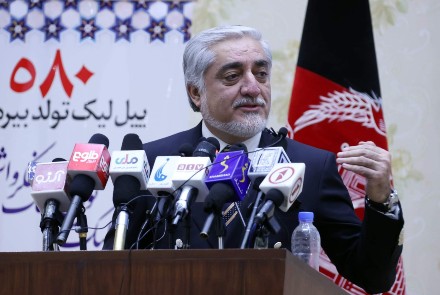 “Unfortunately, the level violence has not been reduced, which is one part of the agreement between the United States and Taliban,” Abdullah said, adding that the US will consider to what extent the Taliban was committed to the peace agreement, and a NATO meeting will be held soon to discuss Afghanistan.

“The reduction in violence was the demand of Afghan people,” he said.

The formation of political parties is one of the achievements of the people of Afghanistan, Abdullah added, “We will try to build a consensus of opinions in this commission.”