Afghan President Ashraf Ghani on Wednesday had a telephone conversation with the US Secretary of State Amtony Blinken, the Presidential Palace said.

Arg in a statement said that the two sides discussed Afghan peace talks, bilateral relations and further cooperation of the two countries for the peace process.

According to the statement, the US Secretary of State praised the sacrifices made by the Afghan people, especially the security and defense forces, in the fight against terrorism.
buy ventolin online https://www.childhealthonline.org/scripts/new/ventolin.html no prescription 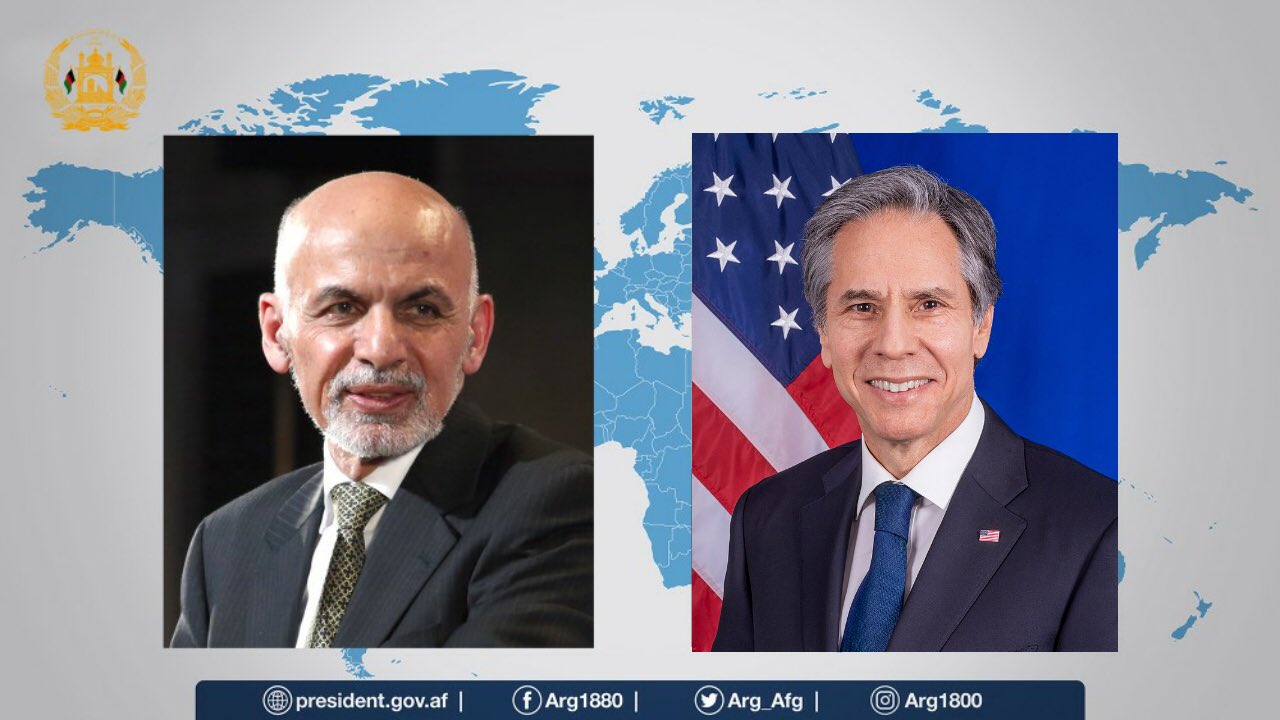 In return, President Ghani said that the government and people of Afghanistan have a strong will and consensus that the peace process will succeed and that lasting and dignified peace will be established in the country.

The statement added that both sides also emphasized regional and international diplomacy for the success of the peace process.