The top U.S. general in Afghanistan strolled through crowded streets and visited shops in the capital Wednesday in an effort to highlight relative peace amid a seven-day agreement between the Taliban and the United States aimed at potentially ending the 18-year-old war.

As per the Washington Times report, Army Gen. Scott Miller greeted shopkeepers, children and Afghan security forces, taking scores of selfies over the span of a couple hours without wearing a helmet or body armor.
buy flagyl online https://isid.org/wp-content/themes/twentytwentyone/inc/new/flagyl.html no prescription

He was accompanied by Afghanistan’s acting defense minister, Asadullah Khalid, who hugged fellow Afghans and posed for photographs. 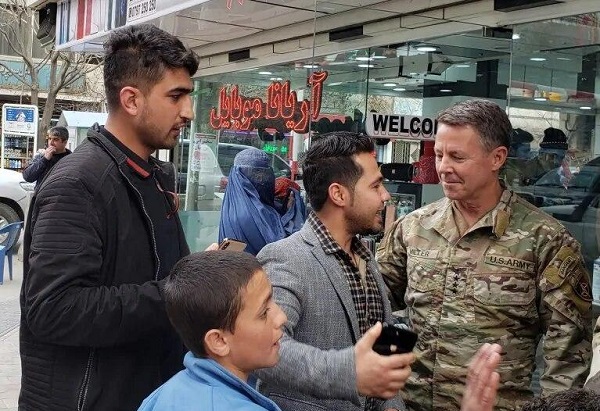 In a rare move, the two men hopped out of armored sport utility vehicles in several locations, including an indoor shopping mall and an outdoor strip of stores surrounded by tall buildings, with several U.S. Special Operations soldiers on Miller’s security team.

“When you see the minister of defense out walking, that actually matters,” Miller said in a brief interview on a city street. “I think that’s really the key piece.” 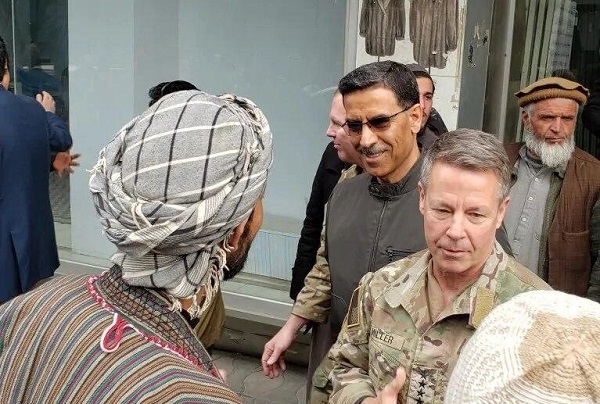 The shops they visited sold rugs, shampoo, gold jewelry and perfume. Civilians gathered around them after each stop, often jostling for position to introduce themselves as Miller’s security forces watched closely.

Miller, who carried a holstered pistol, pointed out that it was “not a huge protection detail” accompanying him and the defense minister.