Afghan government on Thursday signed a contract to establish a system that would ensure transparency of the collection of a 10 percent tax on mobile phone top-ups.

The statement said that the system would ensure also transparency of revenues earned by telecom companies. 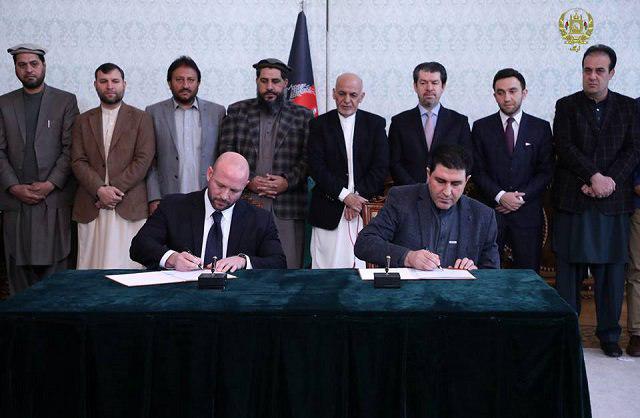 The deal was signed between Afghan Minister of Communications and Information Technology Shahzada Gul Aryoubi and Joshua Ji, head of the contracting company in a ceremony in presidential palace in Kabul that was attended also by President Ashraf Ghani.

The system, called Real Time Data Management, is expected to deliver real information on mobile phone tax collection as it will have access to telecom companies’ systems, according to an official statement.

The Afghan Meteorological Department issued a weather warning for possibility of snow, rain with snow and…

The army in the north has reported heavy casualties of Taliban insurgents in Sar-e-Pul province. Hanif…

US Envoy Khalilzad Says Meeting with Taliban were “Productive”

On behalf of the Ministry of National Defence and General Staff, Asadullah Khalid extended his sincere…