The State Ministry for Peace Affairs says the people of Kandahar province have shared their views and suggestions about the peace process with Mawlawi Attaullah Ludin and Sharifa Zurmati Wardak, members of the negotiation team of the I.R of Afghanistan during a “Peace Dialogue” meeting.

The State Ministry for peace in a statement said that the Kandahari people discussed human rights, education, reintegration of fighters, governance, freedom of expression, ensuring women’s rights, transitional justice, democracy, and care for victims of war in nine working groups and shared the results of their views and suggestions with the negotiation team members.

According to the statement, Mawlawi Attaullah Ludin called the religious and national values as the basis for all people’s services important and spoke about the need to preserve the achievements in all areas.

Mr. Ludin also called the role of the Ulema through Jirgas and academic gatherings important and essential, and stressed the need for a comprehensive and lasting ceasefire and an end to the war. 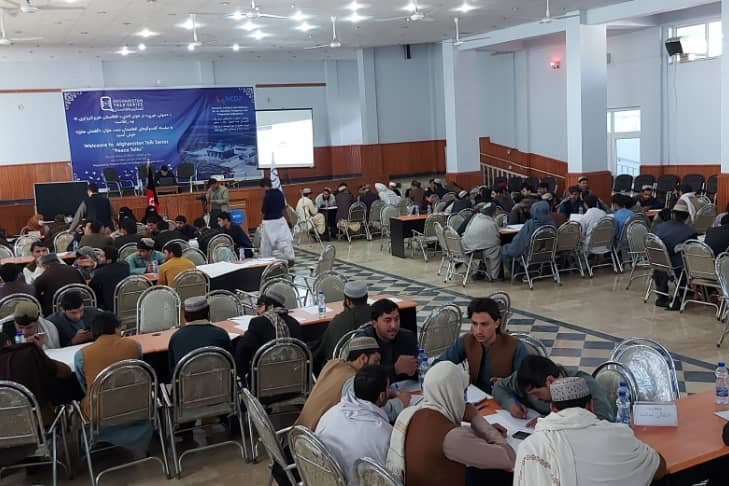 She also spoke about ensuring women’s rights, care for the families and heirs of Shuhada (martyrs) and the disabled, and involving war victims in the peace process.

Meanwhile, the members of the negotiation team answered the questions of the participants about the nine mentioned topics.

It is noteworthy that the National Center for Dialogue and Progress (NCDP) has organized a series of Afghan dialogue programs under the title of “Peace Dialogue”.