Afghan Journalists Safety Committee (AJSC) in its annual report said that the violence and threats against journalists in Afghanistan increased by 26 percent in the year 2020.

The report which was released on Thursday stated that the media and civil society groups remain concerned that the delegation representing the Government of the Islamic Republic of Afghanistan (GoIRA) in negotiations with the Taliban in Doha, Qatar lacks a coherent strategy to preserve key constitutional rights including freedom of speech and a free and independent media. 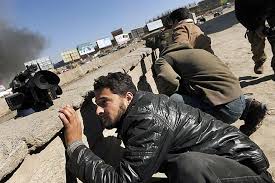 AJSC cited that The Taliban’s ideological opposition to these values enhances concerns about the future of such freedoms.

“Further, the government’s efforts in early 2020 to draft a new Media Law, which could extensively limit press freedom if enacted, and the lack of meaningful commitment to investigate the cases of murdered journalists have fueled these concerns,” the report added.