The Acting Interior Minister, Masoud Andarabi says the Taliban group is made up of different networks and interacts with the regional intelligence to advance the proxy war in Afghanistan.

Speaking in an event highlighting ‘challenges and opportunities for sustainable reform in the ministry of interior’ organized by Afghan Institute for Strategic Studies (AISS), the Interior Minister declared that a cease-fire can institutionalize peace in the country. 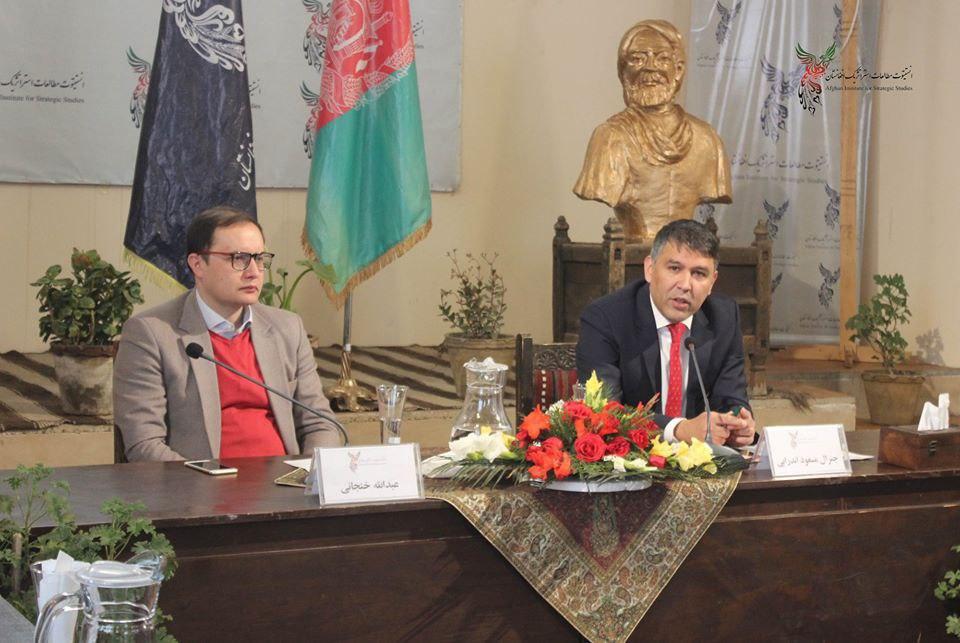 A number of government officials, experts, university teachers, civil society and media people were present at the event.

Andarabi stated that the Afghan National Defense and Security Forces have the utmost capability to defend their country and to further pressurize the Taliban fighters.

He added that Afghan security forces have hardly squeezed the Taliban and had freed territory from their control.