The Minister of Foreign Affairs Mohammad Haneef Atmar has met with the National Security Advisor to India’s Prime Minister, Mr. Ajit Kumar Doval, to discuss the ongoing peace talks in Doha and India’s potential contributions to the success of the Afghan peace process.

The Ministry of Foriegn Affairs (MoFA) in a press release said that FM Atmar thanked India for its unflinching support to Afghanistan’s government and people concerning peace, trade, and economic development.

According to the press release, Mr. Atmar underlined the importance of the Kabul-Delhi partnership and cooperation on regional security and preservation of gains made during the last twenty years in Afghanistan. 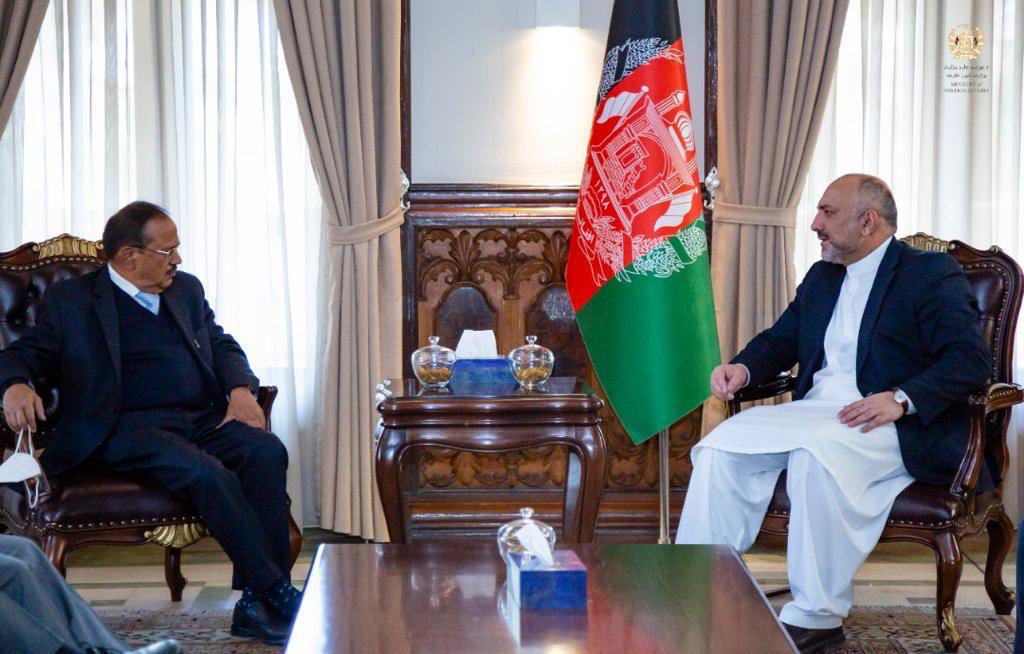 He reiterated Kabul’s position on an end-state to peace that must be acceptable for Afghanistan, its neighbors, and international partners.

In the meantime, the National Security Adviser to the Indian Prime Minister discussed his views about countering insurgent groups and shed light on the presence of international terrorist outfits in the region and how they could potentially affect lasting peace in Afghanistan.

The two sides agreed to continue their joint efforts to sustain and strengthen regional and international consensus for reaching a sustainable peace in Afghanistan.