MoFA in a press release said that the Deputy Foreign Minister expressed his gratitude to the EU for its positive and effective role in supporting the legitimate demands of the people and the government and Afghanistan in the peace talks and touched on the latest in the cooperation on combating terrorism and drug trafficking.

According to the press release, Mr. Nab called the NATO Defense Ministers meeting an important opportunity to discuss the peace process in Afghanistan and its links with stability in the region and beyond, and the continuation of cooperation between Afghanistan and its strategic partners, including the European Union and NATO.

He highlighted the reduction of violence, establishment of a ceasefire, and the preservation of the achievements of the last two decades in the country as important and fundamental demands of Afghanistan and its regional and global partners. 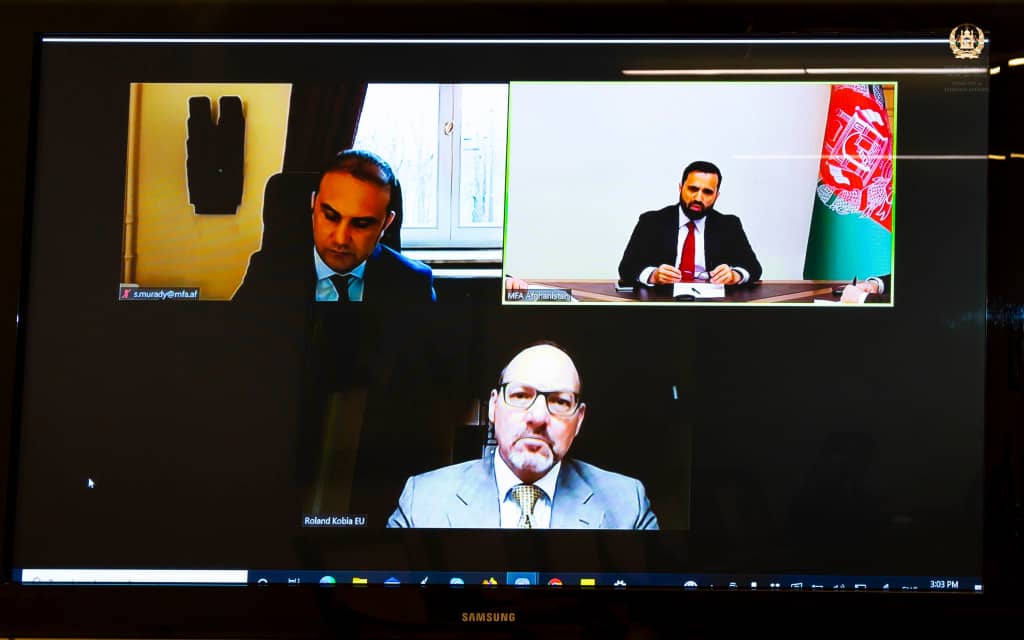 In the meantime, the EU special envoy while endorsing the Deputy Foreign Minister’s views, condemned the killings of defenseless civilians, journalists, national figures, and government officials, as well as the continuation of crimes against the Afghan people as a whole.

Roland Kobia called for unified decisions by countries and regional and international organizations to condemn these crimes.

Mr. Kobia praised the Afghan government’s efforts to build a regional and global consensus in support of the peace talks, especially the support of Islamic institutions and scholars in the Islamic world, and the issuance of declarations regarding the illegitimacy of the current war in Afghanistan.

He hoped that countries, regional and international organizations work unitedly and sincerely to prevent the killing of the defenseless people of Afghanistan and support the success of peace talks and the establishment of stability in Afghanistan.