Afghanistan Ministry of Foriegn Affairs (MoFA) says a summit of world’s Islamic Scholars will be held for ending the war in Afghanistan.

MoFA in a statement on Thursday said that the issue was discussed between Foreign Minister Haneef Atmar and the Secretary General of the Islamic World League, Muhammad bin Abdul Karim Issa in the Saudi Arabia’s Capital, Riyadh.

On a three-day official visit to Saudi Arabia, Atmar and Sheikh Al-Issa discussed ways to end the bloodshed and secure peace in the country, as well as the fight against extremism and terrorism.

According to a statement, FM Atmar spoke about the dimensions of the war in Afghanistan, and outlined the activities and agendas of trans-national and trans-regional extremist and terrorist groups in the country and in the region.

He also highlighted the horrific crimes committed in Afghanistan that not only contradict Islamic values and teachings, but are incompatible with any religion.

He said extremists from various countries and organizations have turned Afghanistan into a war zone to pursue certain goals, and that rescuing Afghanistan from the current war actually means saving the Islamic world and human society from the growing threat of violent extremism and global terrorism. 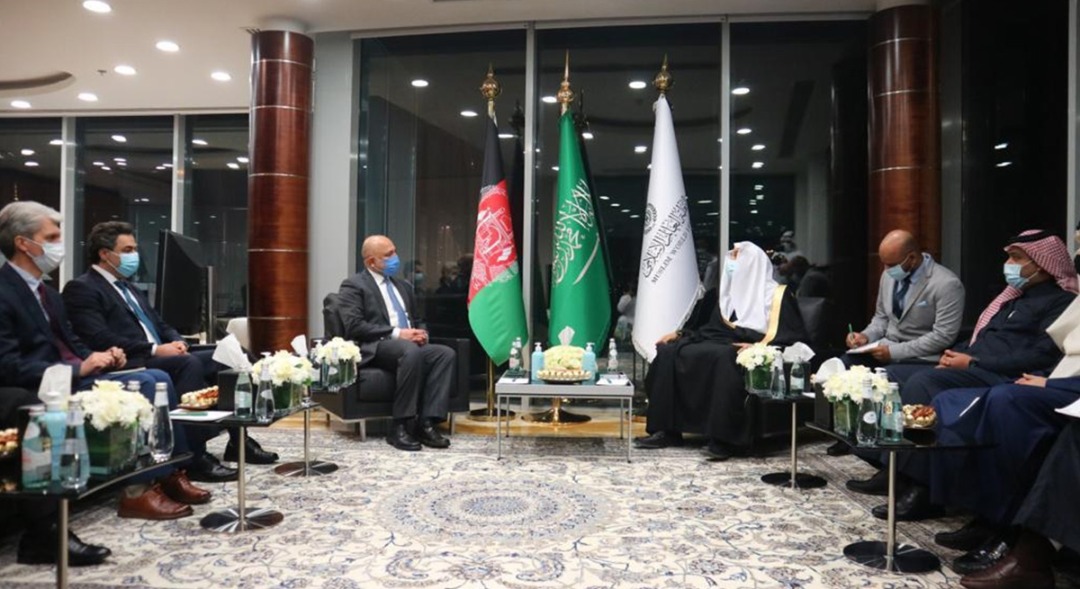 “Through the peace process, we want the Taliban to separate from other foreign extremist groups in the region and return to a peaceful and political life in their country,” he said.

In line with this, he called for the cooperation of the Islamic world, the statement reads.

Sheikh Al-Issa in turn said that crime and terrorism have no place in Islam and that criminal and terrorist acts should not be attributed to Islam.
“We consider it our responsibility to help end the war and ensure peace in Afghanistan,” he said.

Sheikh Al-Issa promised that in the near future, in accordance with his previous commitment, the Muslim World League will bring together influential thinkers, scholars and muftis of the Islamic world in a historic conference and seek a fundamental solution to the Afghan crisis from a religious perspective.