Afghan President Ashraf Ghani during his visit to Herat province today, met with the representatives of women in the province, the Presidential Palace (Arg) said.

Arg in a press release on Thursday said that President Ghani heard Herati women’s demands and suggestions in various fields.

According to the press release, the Herati women made their demands and suggestions regarding the government’s attention to security, education and health, creating sufficient conditions for women to work outside the home, paying attention to businesswomen and the appointment of women to high positions. 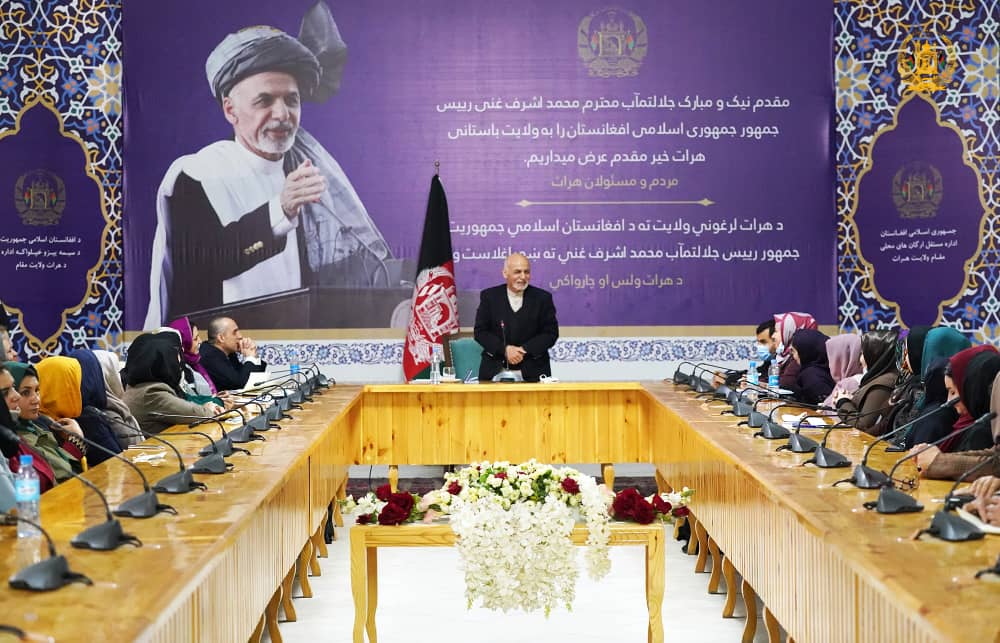 In the meantime, President Ghani thanked the active participation of Herati women in different sections of the society and said: “Our way of governing is to leave a legacy that our transformation will not go back to the past time. Afghan women are not willing to go back and there is no power to take them back to the past.”

The President called on the women of Herat to expand their networks and communications, because the louder, more logical and coherent their voices be, the sooner they will reach their goal.

Emphasizing that women’s voices will be heard in peace talks, Ghani said that serious attention will be paid to the security of Herat and the whole country, but in this regard, the important issue is better management, leadership and better use of resources.

At the end of his speech, the President stated that his respect and trust in women stems from the authentic Afghan culture.
buy benicar generic blobuyinfo.com/benicar.html over the counter

“The national unity in Afghanistan is unprecedented. On the way to the republic, martyrdom is an honor, and without a republic system, life is worthless,” Ghani added.