Afghan President Ashraf Ghani leading a high level delegation arrived in Herat province on Thursday to evaluate the overall situation of the province. 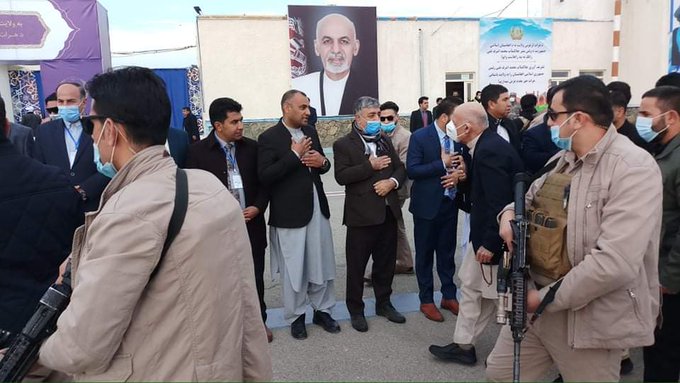 Upon the arrival of President Ghani to Herat province, the name of Herat Airport during a special ceremony changed to “Khaja Abdullah Ansari International Airport”.

President’s visit from Herat comes as the residents of the province complained the increase of insecurities, particularly kidnappings and targeted killings.