The spokesman of Badakhshan Police, Samaullah Rouhani said the villages of Deh Magasam, Deh Bala, Deh Payan, Barlas Wakhian, Changa and Tajika that have been previously cleared of insurgents by security forces were collapsed to Taliban. 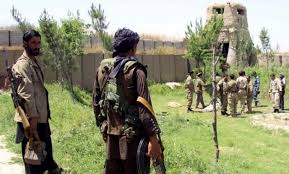 According to Rouhani, Afghan security forces retreated to a school in Darkhan village of Argo district after Taliban’s attacks.
buy kamagra effervescent online http://www.gfrpartners.com/wp-content/themes/twentyfourteen/inc/new/kamagra-effervescent.html no prescription

Rouhani noted that a commander of the uprising forces was killed and two more were wounded during the clashes.