Italian Defense Minister, Lorenzo Guerini has assured his country’s continued presence and assistance to Afghanistan within the NATO framework.

The Executive Office in a statement said that the Italian Defense Minister, Lorenzo Guerini met with the Chief Executive Abdullah Abdullah in the Sepidar Palace on Wednesday.

During the meeting, Mr. Guerini called Afghanistan as a close friend of Italy and reassured his country’s presence and assistance to Afghanistan, the statement said.

Guerini stated that the purpose of his trip to Kabul is to assess the situation in Afghanistan closely, emphasizing that he was scheduled to meet with NATO forces and Afghan military officials.

In the meantime, the CE Abdullah for his part, welcomed Guerini’s visit and his accompanying delegation to Afghanistan, praised Italy’s and Afghanistan’s good relations and noted that Italy is assisting Afghan troops in various sectors. 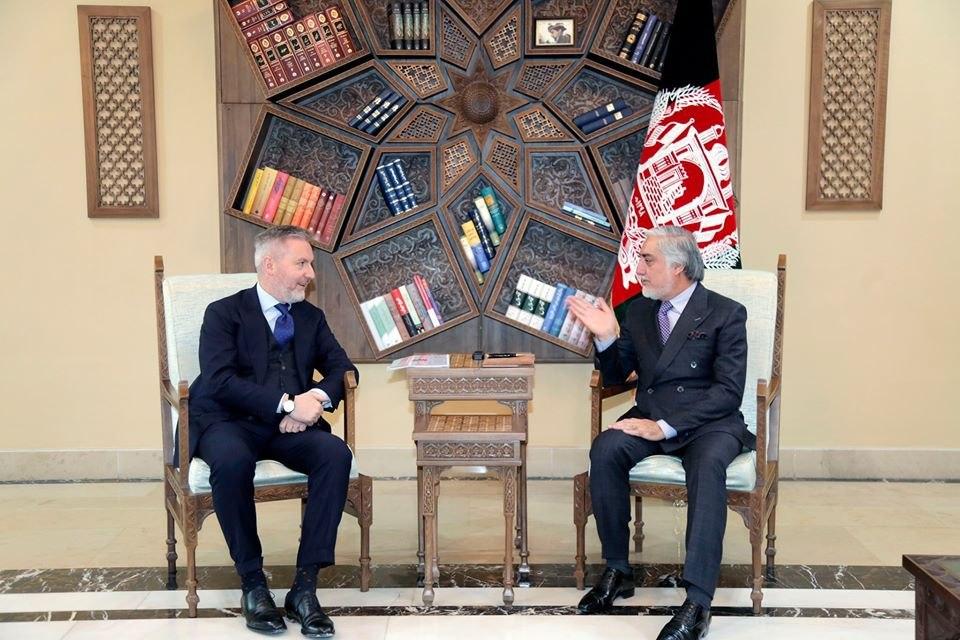 The CE added that Italy continues to work with the Afghan government and people in infrastructure, development, cultural and refugee care programs.
buy red viagra online www.ecladent.co.uk/wp-content/themes/twentyseventeen/inc/en/red-viagra.html no prescription

The statement added that both sides also discussed about the Afghan Presidential election and efforts for achieving peace after the recent regional tensions.

At least four Afghan security personnel were killed and seven others wounded, when Taliban militants attacked…

Saleh to Taliban: ‘Why Pakistan Stand Behind You’

The first deputy of the “State Builder” electoral team, Amrullah Saleh says the Taliban group should…

Construction work of the Central Asia-South Asia power project (CASA-1000) is going to begin soon. In…