The chairman of High Council for National Reconciliation (HCNR) Abdullah Abdullah had a video conference with the Islamic Republic of Afghanistan Peace Negotiations Team on Thursday.

Abdullah’s office in a statement said that Dr. Abdullah listened to the report Afghan negotiations team, the progress they have made, and the challenges they face.

“I praised the team for their tireless efforts, and hard work for peace. I instructed them to continued their efforts for peace,” Abdullah said.

According to the statement, Dr. Abdullah reiterated the republic’s commitment for peace, and finding a political settlement for the current crisis. 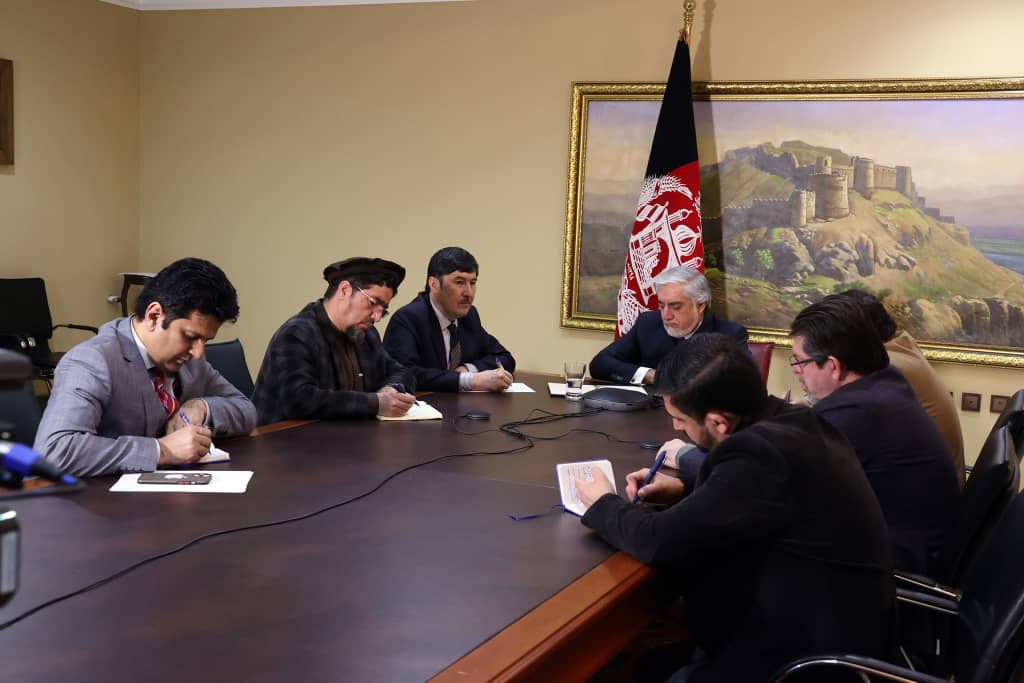 “I instructed the team to focus on ceasefire, reduction of violence, & an end to the targeted killings as the priorities of the Islamic Republic of Afghanistan,” he added.

In the meantime, the chief of Afghan negotiators team, Masoum Istanikzai shared information about the activities of the team, the achievements and the problems of the second round of talks.

The statement stated that Mr. Stanikzai emphasized on the determination of the delegation of the Islamic Republic of Afghanistan to discuss important and vital issues, the end of war and bloodshed and find a political solution to the country’s problem.

The IRA assured that the regional countries and the world announced their support for the stance and efforts of the Islamic Republic of Afghanistan to achieve peace and an end to the war to the war in the country.