President Ashraf Ghani and German chancellor Angela Merkel had a virtual conversation on Wednesday night and discussed the reduction of violence and a ceasefire in the country.

The Presidential Palace in a statement said that German Chancellor Angela Merkel said that the escalation of violence was a matter of concern and that it was unacceptable that Afghans were being harmed while conflict and peace talks ran parallel to each other.

According to the statement, the two sides stressed the need for an immediate ceasefire in Afghanistan.

“Both sides stressed the need to expand relations between the two countries and also discussed the expansion of bilateral relations, regional issues and the Afghan peace process,” the statement reads.

Merkel said Germany supports an independent and prosperous Afghanistan dominated by a democratic system, and that Afghanistan’s efforts should lead to peace and stability in the country. 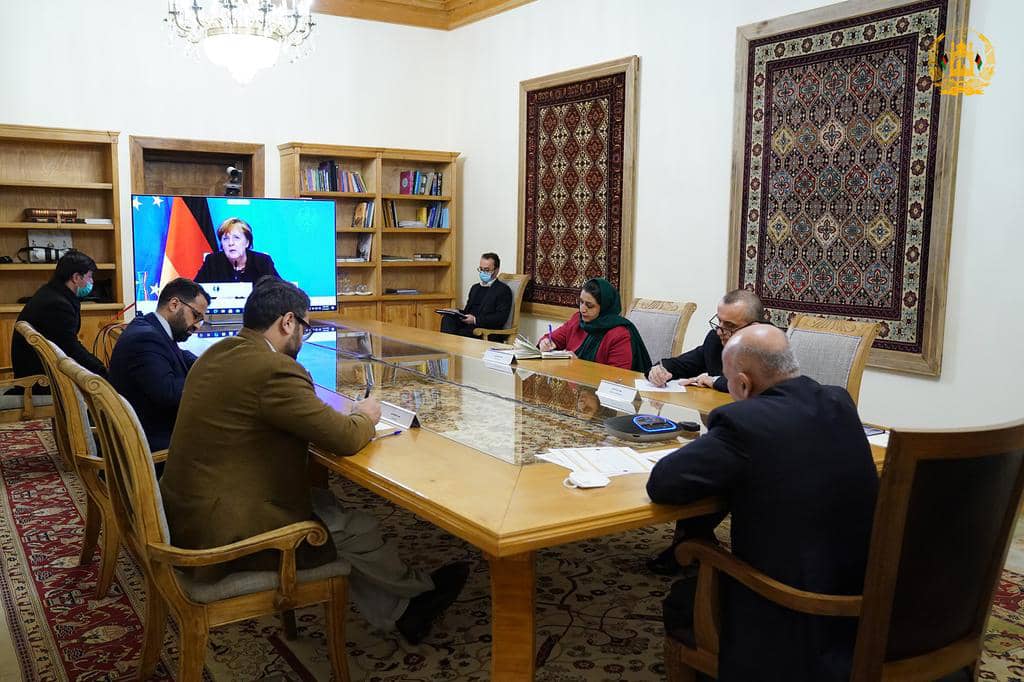 She reiterated her commitment to continue providing assistance to Afghanistan.

The statement cited that both sides discussed the NATO Defense Ministers’ Conference scheduled for February; its importance to Afghanistan; its impact on the peace talks and the message that the conference will continue to support Afghanistan, especially the security and defense forces.

President Ghani also thanked Germany for its assistance and cooperation in various fields and said Afghanistan will use all resources available to expand economic and trade cooperation between the two nations.
buy amoxicillin online pavg.net/wp-content/themes/twentytwentyone/inc/en/amoxicillin.html no prescription