The National Directorate of Security (NDS) has said that the sixth culprit of the deadly bombings in Bamiyan province has been arrested.

NDS in a statement said that the detainee has been identified as Tariq Hussein who was a secret member of the Gulbuddin group, the Taliban’s intelligence chief in Bamyan.
buy levitra soft online myhst.com/wp-content/themes/twentytwentytwo/inc/patterns/en/levitra-soft.html no prescription

According to the statement, the detainee was in charge of transporting Taliban’s magnetic mines and explosives, most recently in Bamyan province, after which another Taliban members planted them in the Wali Aser market and Sark-e-Naw Hospital in the central Bamyan. 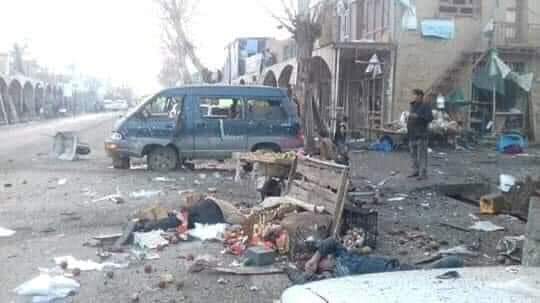 This comes as at 30 people were killed and nearly 60 more were wounded in the deadly bombings of Bamiyan province last year.

Previously, the local authorities have announced five prepatrators of the incidents were arrested by NDS operatives.