Several religious scholars during a discussion on the Afghan peace talks in Balkh province on Thursday expressed: “The religious scholars here at this gathering and religious scholars in general are in favor of any option which is used for achieving peace whether it is an interim government or a transitional government. We accept all of them. We hope that government and Taliban accept this option for the sake of peace,” said Sayed Abdul Wakil Akhundzada, a religious scholar in Balkh, as reported by TOLONews.

The religious clerics called on the Taliban to accept the olive branch and indulge in intra-Afghan dialogue with the Afghan government in order to put their demands forward. 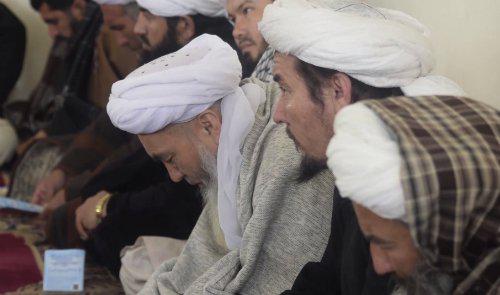 Balkh clerics expressed that showing willingness for peace is a sign of “surrender” to the will of the Almighty Allah; therefore, the religious scholars said, the Taliban should not have any fear from joining peace.
They called on the Afghan government to make public “details of peace talks” with the people.

“There are ‘complicated’ ambiguities about peace because Afghanistan is a common land for everyone and all the people have the right to know about this process. A real peace is when justice is served, when everyone get their rights and when values are not violated,” said Mohammad Haidar Fayaz, member of Balkh Provincial Council.

“Islam says peace should be with dignity and mutual respect should be ensured. There is Afghan government at one side with some demands and there is Taliban on the other side with some demands. The two sides should hold face-to-face talks on the table of negotiations so that their demands are shared with each other,” added Shujauddin, a religious scholar.