Afghan First Vice-President Amrullah Saleh says the Taliban group cannot give legitimacy to their violent from religious perspectives and tries to negotiate with the government’s delegation based on their deal with the United States.

Amrullah Saleh who accompanied President Ghani on his visit to Nangarhar province delivered his speech at a gathering, saying the Taliban group could no longer continue the war under the pretext of Sharia and that is why they are insisting on their Doha agreement signed with US.

“Nothing would be sacrificed during the peace talks. We will not compromise on martyrs, republic system and women’s rights,” Saleh said. 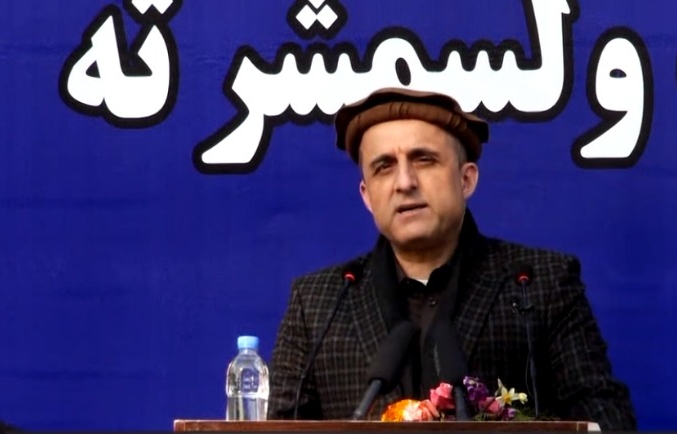 He emphasized that the republic’s team has only one condition in these negotiations: that future leaders are voted in through elections.

“We have only one condition, we do not have any other condition, our condition is that the leadership of the country must be selected through holding elections,” he added.