DABS announced on Wednesday night that its board of directors held an emergency meeting after the power cut from Uzbekistan to Afghanistan for finding alternative solutions to solve it.

Uzbekistan cut off a power circuit on Tuesday and cut off the second circuit at 04:24pm on the same day due to a technical problem with the country’s 900-megawatt power line, DABS quoted Safiullah Ahmadzai, the acting head of Breshna’s commercial and executive unit, as saying.

Ahmadzai added that he had been in contact with Uzbekistan’s electricity officials and Afghanistan’s ambassador to that country for the past two days, but the talks yet to have any outcome. 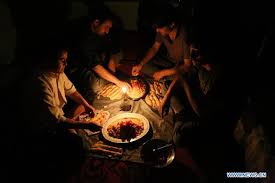 “Turkmenistan has been talking about alternative ways of transferring electricity through Uzbekistan to increase electricity, but so far no positive response has been received from the two countries’ officials,” the Breshna said.

DABS cited that the issue has been shared with the Afghan President and also with the Ministry of Foreign Affairs of Afghanistan for the darkness of provinces.