After repeated statements by several politicians about the possibility of an interim government in Afghanistan, President Ghani says that the people do not accept the dissolution of the republic and that his main task is to legally transition to power to his successor.

Speaking to officials and residents of Nangarhar today during a visit to the province, Mr. Ghani emphasized the need to preserve the republican system: “This is not my own post. This is the position of the people of Afghanistan. This is the system. It has dignity. All of you who voted for me said that in this position we need patience. Whoever is misplaced and every action that is misplaced, the nation will pay the price. Our peace is necessary as long as it is positive.”

President’s remarks come as Hafiz Mansour, Seyyed Ishaq Gilani, Rahmatullah Nabil and Atta Mohammad Noor have spoken about the possibility of forming an interim government since the beginning of the week.

In the meantime, Atta Mohammad Noor, the executive director of the Jamiat-e-Islami party, said that in order to ensure social justice, the plan to create an interim government should be strengthened. 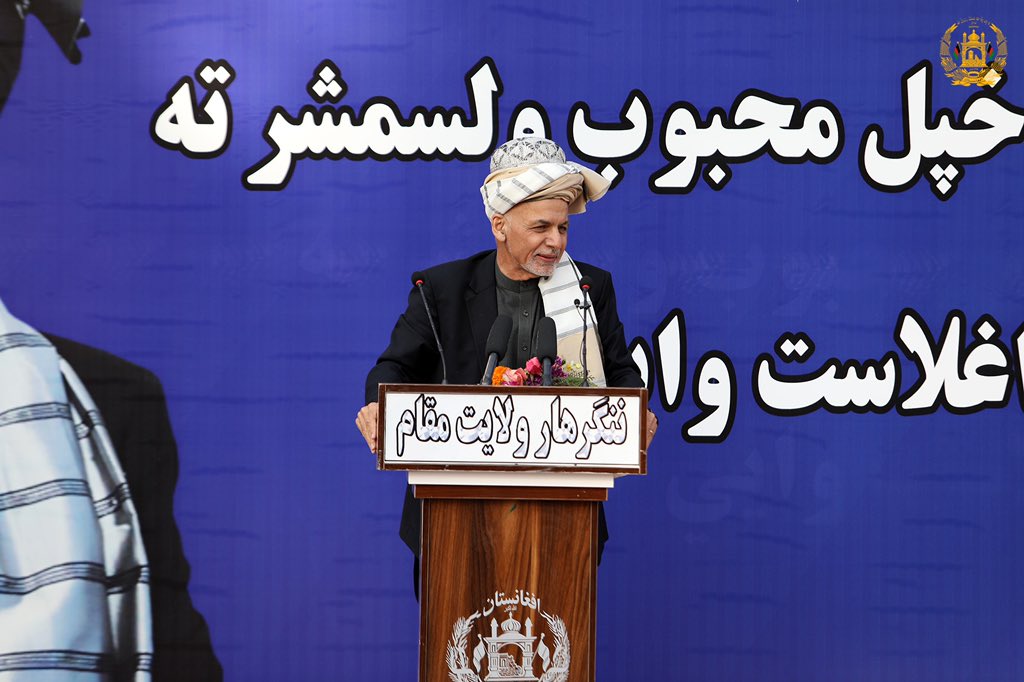 “Now one of the options will be for us to think about this and offer this plan and strengthen it if there is a plan like this. Not only should we not stand up against, but we should strengthen it so that national unity of political justice and social justice can be ensured,” he said.

The talks over the possibility of an interim government has escalated, as local media have reported that even the president had not wanted to meet with Zalmai Khalilzad, the US special envoy for peace in Afghanistan, who has arrived in Kabul two days ago.

According to reports, the president has denied meeting with Khalilzad because of talks on the possibility of an interim government.