The Ministry of Defence on Thursday announced that Taliban insurgents have suffered casualties as a result of the counter-offensive by the Afghan defence and security forces in Ghazni and Helmand provinces.

The Ministry said that 15 insurgents were killed and 11 injured when Taliban members attacked the positions of the Afghan security forces in the Noghi and Asheghwal areas of Ghazni province on Wednesday. 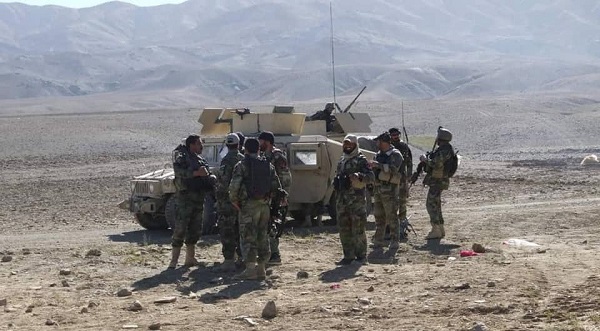 According to their statement, the fatalities included several Pakistani and Uzbek foreign fighters.

Some military equipment was also seized including weapons. Ammunitions and long-distance cameras.

In Helmand, 18 Taliban members were killed and five injured as they attacked the security posts in Grishk and Nadali districts on Wednesday.

The army also discovered and diffused dozens of mines in Sangin and Nawa districts.