“There are only about 20 Taliban fighters inside the district building compound and the police headquarters; the rest of them have taken up positions inside the villages to collect Zakat (charity),” said Mohammad Yousuf, the acting district governor of Kaldar district. The officials said that the number of Taliban fighters in the district numbers only about 200 fighters, but they are looking to recruit more fighters from among the people.

Earlier this month, the Taliban managed to take over the center of Kaldar district. Later on, the Afghan security forces were deployed five kilometers away from the district to prevent a possible move by the Taliban into Hairatan border crossing, a key financial dry port in the north. “They have imposed taxes on the shops and bazaars and on the local people–which is beyond their capacity to pay. They also harassed the people who don’t have the capacity to pay a large amount of money,” said Mohammad Hashem Mansoori, a district governor for Shortepa district in Balkh province.

Business activity has also been affected following the increased violence by the Taliban, especially in those regions where there are dry ports, such as at Hairatan. “The people have serious concerns, the business owners are very fearful because of the businesses,” said Sifatullah, a resident in Hairatan.

Security authorities, however, have assured the people that the Afghan security forces are fully prepared to defend the people’s lives and property. “The morale of our forces is very high; they are fully prepared and have the strength to defend the city. Soon we will launch our offensive operations,” said Khanullah Shuja, the commander of 209 Shaheen Army Corps. Balkh has 14 districts, nine of which are under Taliban control as per reports.

In other news, the Ministry of Foreign affairs, stated, “We are assessing the recent remarks by Zamir Kabulov, the Russian president’s special envoy for Afghanistan, in some media outlets about the Taliban’s readiness for a political solution and the “potential for the Taliban to seize power.” Since the signing of the Doha Agreement, the Taliban have violated their commitments to reduce violence, sever ties with terrorist groups, seriously negotiate a ceasefire, and reach a political agreement. The Taliban’s actions reflect the fact that, contrary to their claims, the Taliban are not, in practice, ready for a political solution to the Afghan crisis.” 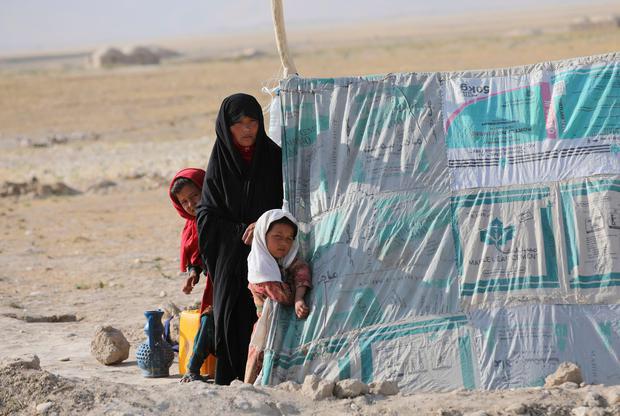 The MFA statement also added, “The Afghan government has fulfilled all its obligations, including the release of over 6,000 Taliban prisoners, and has consistently insisted on substantive negotiations on key issues, including an immediate ceasefire. In this regard, the Islamic Republic of Afghanistan has established a competent negotiating team and has participated with full commitment in the Doha peace talks, including the current third round. In addition, to demonstrate its seriousness and commitment to the peace process, the Islamic Republic of Afghanistan recently sent a high-level political delegation to Doha to support the Republic’s negotiating team and advance peace talks with the Taliban; but despite these efforts, there is still no sign of the Taliban’s commitment to ending the violence, avoiding a military solution, and reaching a political agreement.”

The statement said that if Kabulov has access to reliable and clear information and findings that demonstrate the true will of the Taliban to resolve the war peacefully, share with us so that we can make further progress in the peace process. “In our view, the possibility of the Taliban gaining military power is contrary to the Declaration of the Moscow extended “Troika” meeting and UN Security Council Resolution 2513, and the international community’s opposition to the return of the Taliban’s Emirate,” MFA stated.

“We appreciate Russia’s peace efforts in the framework of the Moscow format, the extended troika and the UN Security Council. We expect that our international partners hold the Taliban accountable for their commitments and put the necessary pressure on them to stop the bloodshed, and accept a political solution through real and meaningful negotiations at the behest of the international community, especially the extended Troika member states, and supporters of UN Security Council Resolution 2513,” the statement concluded.

This comes even as Afghanistan’s northern neighbour Tajikistan held its largest ever military exercise on Thursday involving the Central Asian nation’s entire army, and President Emomali Rakhmon urged vigilance amid fighting to the south of the border.

Meanwhile, The U.S. Embassy in Kabul has told the Taliban to immediately end the violence and agree to a permanent and comprehensive ceasefire. The U.S. Embassy in Kabul on Thursday, issued a tweet urging the Taliban and warring parties to stop the war and fully participate in peace talks to end the suffering of the Afghan people. It said the Taliban and the Afghan government should seek a political solution to resolve cases that would benefit all Afghans.

The US Embassy has stressed that Afghanistan should not once again become a safe haven for terrorists. The United States has stressed the establishment of an immediate ceasefire and peace talks that the Afghan government and the Taliban recently held at a high level in Doha.