Kabul: General Mark Milley, the chairman of the Joint Chiefs of Staff spoke during a Pentagon press conference alongside Secretary of Defense Lloyd J. Austin III, said that the Taliban has seized a substantial swath of territory and “the strategic momentum seems to be with the Taliban, but the Afghan security forces are consolidating their forces to protect population centers.

“The future of Afghanistan is squarely in the hands of the Afghan people,” Milley said. “And there is a range of possible outcomes in Afghanistan. A negative outcome – a Taliban takeover of Afghanistan – is not a foregone conclusion.” The general said the United States will continue to monitor the situation there and make adjustments to the support as necessary, he said.

Milley gave a quick rundown of the situation in Afghanistan. “There is a clear narrative out there that the Taliban are winning – they are propagating an ‘inevitable victory’,” he said. “As of today, 212 or 213 of the district centers are in Taliban control – it’s about half of the 419 that are out there. You’ve got 34 provincial capitals in Afghanistan. None of them have been seized by the Taliban, although they are putting pressure on the outskirts of about half of them.”

Meanwhile, Secretary of Defense Lloyd J. Austin III, on Afghanistan, praised the professionalism U.S. forces have displayed as the retrograde from the country continues. “We are still on track to finish up [the retrograde] by the end of August,” Austin said.

He said the U.S. military has tasks to accomplish which include protecting U.S. diplomatic presence in Afghanistan, providing funding to Afghan forces, advising Afghan ministries and preventing the re-emergence of a transnational terrorist threat from the country. To these four missions, Austin added one more: “Working closely and urgently in support of the State Department to relocate brave Afghans and their families who have provided such exceptional service during our long mission,” he said. “These are friends of the United States who have done exemplary and courageous work, and we take our obligations to them and their families very seriously.”

Meanwhile, on Operation Allies Refuge, which is an effort President Biden announced earlier this month to support relocation flights for interested and eligible Afghan nationals and their families who have supported the United States in Afghanistan, Deputy Secretary of State for Management and Resources Brian McKeon said that the United States will temporarily relocate these individuals and their families who feel threatened in Afghanistan so they can complete their Special Immigrant Visa processing outside of Afghanistan. “We’ve already accelerated the processing of SIVs in part by adding additional staff at U.S. Embassy Kabul to process applications and by using technology to improve efficiency and work flow. Since January, we’ve already approved 2,500 Special Immigrant Visas,” he said.

Also, Secretary Blinken asked three-time Ambassador Tracey Jacobson to lead our newly created Afghanistan coordination task force. The task force will coordinate the U.S. Government’s efforts to bring qualified SIV applicants to the United States once their security vetting is complete. The Department of State, Homeland Security, other U.S. Government departments and agencies involved in the SIV program are committed to helping the men and women who have taken significant risks to support our military and diplomatic personnel.

“We are also working to relocate from Afghanistan those applicants who have received chief of mission approval but have not gone so far in their visa processing, including the full security screen. This group includes about 4,000 principal applicants and their families. We will take them to locations outside the United States where they can safely await the completion of their application processing, and we will provide them accommodation and other support during this period, which we are committed to making as short as possible,” he added.

Also, 30 NGOs on Wednesday demanded that EU nations stop deportations of Afghan refugees amid a worsening security situation in that country. The demand comes amid the departure of US-led foreign troops and the Taliban taking control of large parts of the country’s territory. “The security situation in Afghanistan does not allow people to return to the country without putting their life at risk,” according to a joint statement by European NGOs states as it urged the European Commission to recommend to member states to “immediately halt deportations to Afghanistan.”

The NGOs, refugee-led organizations, and members of the Afghan diaspora have also demanded that EU countries re-examine all final negative decisions for Afghan asylum seekers still present in European countries, refrain from applying the concept of Internal Protection Alternative (IPA) in Afghanistan as there is no safe area or city in the country, provide immediate asylum to local staff, including their families to Europe and increase resettlement places for Afghans refugees in Iran and Pakistan. The Afghan government asked host countries, including Sweden, Norway, Finland, France, Denmark, UK, Switzerland, and the Netherlands to stop the deportation from July 8 onwards for three months at least until October.

A statement from the Ministry of Refugees and Repatriations said because of the escalating violence by the Taliban, a third wave of the coronavirus pandemic, and economic, social unrest, the situation was not conducive for the forced return of the Afghan migrants. The statement said the given situation further heightens their “concerns about the fate of people who are returned.”

Meanwhile, Yue Xiaoyong has been appointed as the new special envoy for Afghan affairs of the Chinese foreign ministry, replacing Liu Jian, the ministry’s spokesperson Zhao Lijian said. Zhao told a news briefing that Yue is a veteran diplomat who had served as the Chinese ambassador to Qatar, Jordan, and Ireland. Zhao said the Afghan issue is now the focus of attention for the international community, and China has always actively participated in and promoted the peace and reconciliation process in Afghanistan. 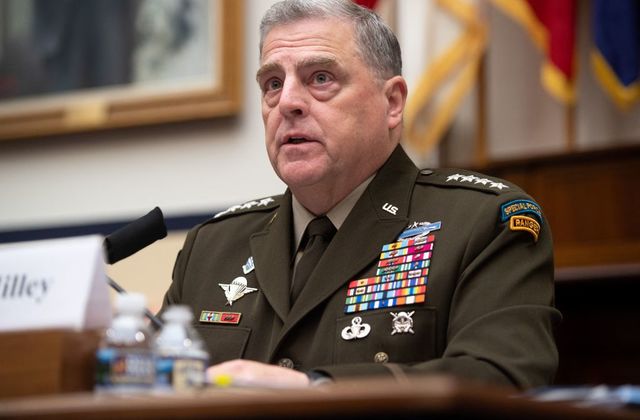 Also, Iran’s Foreign Minister Mohammad Javad Zarif discussed issues related to the Joint Comprehensive Plan of Action (JCPOA) as well as situation in Afghanistan with the European Union Foreign Policy Chief Joseph Borrell. In a telephone conversation on Wednesday, Zarif exchanged views with Borrell on both the Iranian nuclear deal and the latest developments in Afghanistan.

Meanwhile, Uzbekistan said on Thursday there was no legal basis for accepting a U.S. request to temporarily house thousands of Afghans while they await U.S. immigrant visas after having worked for American forces now pulling out of the country. Washington has asked Uzbekistan, Kazakhstan and Tajikistan to house some 9,000 Afghans who now risk being targeted by Islamist Taliban militants for cooperating with Western forces, according to a Bloomberg report this month. Insecurity has been growing in Afghanistan in recent weeks, largely spurred by fighting in its provinces as U.S.-led foreign troops complete their withdrawal and the Taliban launch major offensives, seizing districts and border crossings. read more

Kazakhstan and Tajikistan have so far declined to comment on the U.S. request, and Ismatilla Ergashev, Uzbek President Shavkat Mirziyoyev’s special envoy on Afghanistan, became the first Central Asian official to openly discuss it. “This is a very serious and sensitive issue for Uzbekistan that cannot be decided immediately,” Ergashev told local news website Kun.uz in an interview.

Ergashev said Uzbekistan had not signed a 1951 convention relating to the status of refugees while its own laws had no provisions for granting anyone refugee status. “Therefore, taking into account external and domestic factors, there are no legal or practical grounds to provide asylum on our territory for Afghan citizens who cooperated with the United States,” he said.

He further said Taliban leaders had promised clemency to such Afghans and added that Tashkent was open to the idea of allowing the U.N. High Commissioner for Refugees to set up a representative office close to the Uzbek-Afghan border.

This comes even as the European Union is weighing a new package of financial aid to Afghanistan and its neighbours to help limit the flow of refugees from the country, ravaged by intense fighting between government forces and the Taliban, two officials told Reuters. The ongoing withdrawal of international troops from Afghanistan after almost two decades has galvanized the Taliban, who could retake control of large parts of the country, spurring a new flow of refugees.

The EU plan, which is at a preparatory phase, would involve more financial help to Afghanistan, Pakistan and countries in the region, two EU officials and one diplomat familiar with the talks told Reuters, with money also being given to Iran. The objective would be to help refugees closer to home and avoid a new flow of asylum seekers to the EU, the official said.

The European Commission declined to comment. In 2021, the EU is set to spend some 57 million euros ($67 million) in humanitarian support for Afghanistan. The financial support for the coming years will not be ready before the autumn and needs approval from EU governments and lawmakers. “Money could go to Afghanistan but also to Pakistan and possibly even Iran,” the diplomat said, saying that the funding to Kabul would depend on the Taliban’s advance. It would be more difficult to disburse them if the Taliban were in power.

The EU’s top diplomat, Josep Borrell, met Afghan President Ashraf Ghani and Pakistani Prime Minister Imran Khan last week in Tashkent. In a blog post on Wednesday, Borrell offered Afghanistan and the region support but said: “Future support to Afghanistan … will remain conditional on the preservation of the democratic progress.”

Turkey, which is set to receive new EU funds to house refugees and migrants, could play a role in housing more Afghans, but any new funding for Afghanistan would be separate from the planned 3.5 billion euros for Turkey until 2024.

After a peak in 2015 when more than one million migrants came to the EU, mostly from Syria, Afghanistan and Iraq, the EU has cut the number of arrivals thanks to a deal with Turkey which receives EU funds to host asylum seekers in its territory.

More than 6.5 million Afghans already live in Iran and Pakistan. Money to Iran would underscore how important the EU sees stemming migration flows. After former U.S. President Donald Trump pulled out of the Iran nuclear deal with world powers in 2018, EU plans for economic assistance have been hindered by renewed U.S. sanctions on Tehran. Fresh EU funds would not be exclusively for migration but would constitute a major portion of the aid, the official said.