A company-sized unit of the Georgian Defence Forces (GDF) is on its way to join NATO’s Resolute Support mission in Afghanistan.

A select company from the GDF Eastern Command, commanded by Major Zurab Tskhadadze, left for the mission in a formal ceremony at the Alekseyevka Mixed Aviation Base on the outskirts of the capital Tbilisi on Tuesday.

The company of the Eastern Command will be joining Camp Marmal in Mazar-i-Sharif in the northern Balkh province. 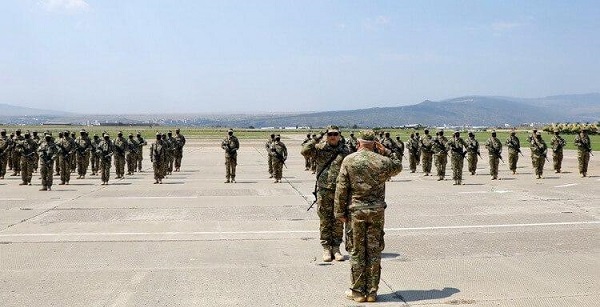 At the base the Georgian company will take over Quick Reaction Force tasks from their counterparts in the GDF 2nd Infantry Brigade for the next seven months, providing assistance to forces involved in peacekeeping missions. The Georgian unit will formally serve under German command at the base.

The 13th Battalion of the 1st Infantry Brigade from Georgia, which arrived earlier this month, has replaced the 12th Battalion at the Bagram Air Base in Parwan province.