According to the General Staff of the Armed Forces (EMGFA), about 40 more Portuguese military personnel will leave for Afghanistan on Aug. 4.

At the same time, there will be 175 Portuguese soldiers returning from the field by Aug. 5. 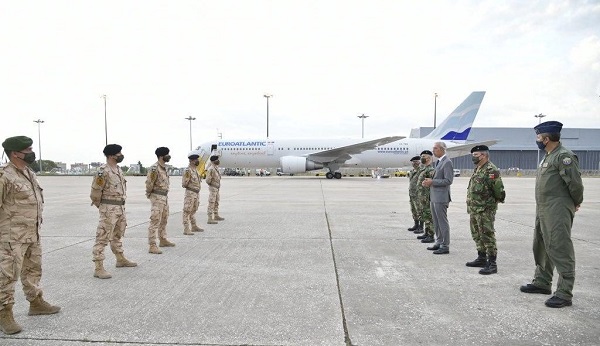 The new contingent is divided into three teams: 118 Army soldiers for the Rapid Reaction Force and National Support Detachment, who will continue the “demanding mission” of ensuring the security of the Hamid Karzai International Airport in Kabul; a team of eight Special Operations soldiers (two from the Navy and six from the Army); two other Army soldiers serving in RS Headquarters.

Minister of National Defence João Cravinho came to see off the departing contingent.

“The ceremony was symbolic in nature because the military had been in quarantine. But at least I was able to send a message of thanks that will be relayed to the entire contingent,” Cravinho tweeted later.