The 27-year-old soldier, identified only by his initials J.B., died Wednesday from injuries he suffered in the attack in Kabul, the ministry statement said.

The soldiers were in a convoy Wednesday morning near a military base on the outskirts of Kabul when the attacker slammed his motorcycle into one of the vehicles, the ministry said. It wasn’t immediately clear what happened to the attacker. 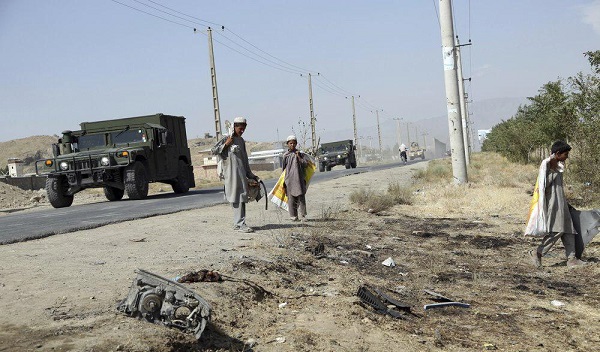 Afghan Interior Ministry spokesman Nasrat Rahimi said a suicide bomber struck near a convoy heading to a military camp on the outskirts of Kabul. NATO in Afghanistan said a coalition vehicle was hit by an explosive device in Kabul city and one Coalition service member succumbed to his wounds.

Defense Minister Darmir Krsticevic told reporters earlier Wednesday that three soldiers were injured and that one of them suffered serious head injuries and was in life-threatening condition. The other two were out of danger.

Krsticevic said the soldiers are aged between 27 and 32 and that “this was an isolated incident and all other Croatian soldiers are safe.”

Croatian Prime Minister Andrej Plenkovic said “we have never experienced such an attack with such consequences” since joining the international missions 16 years ago.

There are 99 Croatian soldiers serving in Afghanistan.