The French Ambassador to Kabul David Martinon expressed concern about the escalation of violence in Afghanistan and the growing consequences of the COVID-19 pandemic, during the peace conference convened on Thursday my President Ashraf Ghani.

Martinon pointed that the UN Security Council unanimously adopted, on July 1, Resolution 2532, which sets three clear priorities – a general and immediate cessation of hostilities, a humanitarian ceasefire, and solidarity to face the COVID-19 pandemic.

“A resolution is never an end in itself. We call for its full implementation,” the envoy told the meeting.

France also championed the active participation of Afghan women in the peace process and called it “an indispensable condition” for the long-term success of peace. 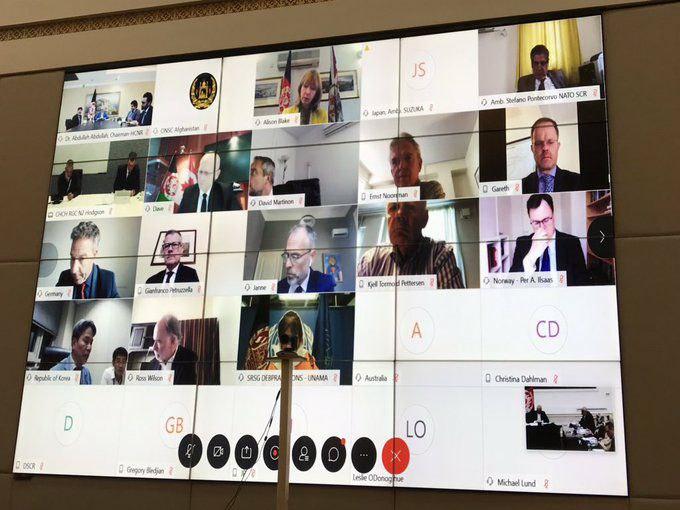 “We also emphasized the need to fight drugs trafficking,” said Martinon, and he added that failing to obtain decisive progress on tackling the illegal trade would prove to be an additional resource for fuelling terrorism in Afghanistan.

About the prisoner release, France pointed that the Afghan government has been “put on the spot” due to their refusal to free Taliban prisoners who had committed moral and criminal acts.

“The Afghan people, the Taliban and international partners need to hear a strong narrative from the government,” he said. “The case of the Republic is more than solid.”

However, France is concerned about the “rule of law, the rights of victims and families, and the necessity to ensure the security of the Afghan people.”

To give the peace negotiations the best chances, France accepted the extension by the UN Security Council of a travel ban exemption for 11 Taliban leaders. “But no automaticity: softening or lifting sanctions must be correlated to their genuine commitment for peace,” the ambassador said.

On May 29, the European Union stressed that the commitment and level of cooperation demonstrated today by all actors in Afghanistan, notably the Taliban “will determine tomorrow’s political and financial support by the EU to the country’s future.”

Martinon concluded that while reforms are still needed, the Afghan government has an advantage during the negotiations due to these conditions.