The Islamic State group in Afghanistan is a “very worrisome” threat to the United States, and U.S. and counterterrorism efforts have yet to minimise its extremist ambitions, a senior American general said Wednesday. 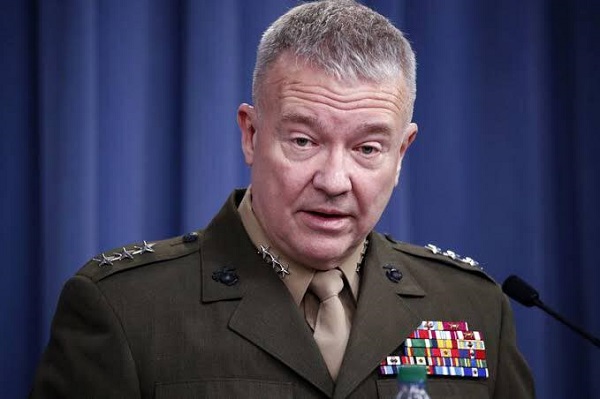 Marine Gen. Frank McKenzie said IS would be hard pressed, however, to carry out an attack on the U.S. homeland because it is under strong military pressure.

“ISIS in Afghanistan certainly has aspirations to attack the United States,” McKenzie said. “It is our clear judgment that as long as we maintain pressure on them it will be hard for them to do that.”

McKenzie, head of U.S. Central Command with responsibility for managing American military operations across the greater Middle East, spoke in Germany with reporters returning home with him from an eight-day trip that took him to Qatar, Iraq, Saudi Arabia, the United Arab Emirates and Egypt. He also spent two days aboard the USS Abraham Lincoln aircraft carrier in the North Arabian Sea.