Kabul: Spokesperson of the Afghan foreign ministry Gran Hewad in a video message on Thursday stated that Turkish President Recep Tayyip Erdogan’s remarks about securing the Kabul airport and the requirement of the presence of other state forces, have been misinterpreted.

According to him, from the meetings that the Minister of Foreign Affairs and the Ambassador of Afghanistan had with the Turkish officials, the purpose of Erdogan’s talks was to support the security forces and achieve lasting peace and stability in Afghanistan.

Hewad described the relations between Afghanistan and Turkey as profound and said that the country has always emphasized on the solution of Afghanistan’s problems through peaceful means. According to Hewad, the purpose of these talks was to gain the support of the countries in the region, especially Pakistan, for the peace process in Afghanistan and to ensure security in this country. 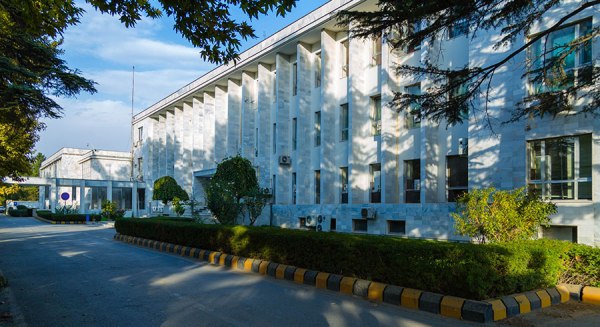 Recep Tayyip Erdogan had recently said that Turkey is the only country suitable for managing the situation in Afghanistan after the withdrawal of international troops. He told a news conference after the NATO summit that he needed US logistical, financial and equipment assistance to visit Afghanistan, and discussed the role and cooperation of Pakistan and Hungary with US President Joe Biden.

There have been numerous reports that Kabul airport security is being handed over to Turkey. NATO leaders have agreed to provide funding for the protection of Kabul airport.

Officials, politicians, bureaucrats, diplomats, academics, business people, media and opinion-makers from over 40 countries are expected to attend the conference, to discuss and find solutions to current regional and global issues, Turkish officials said.