Kabul: About 40 days after the deadly attack on the Sayyid al-Shuhada school in western Kabul, the families of the victims say that the perpetrators have not yet been identified and arrested, and that credible international bodies must investigate the case.

The families on Thursday read a resolution at a press conference in Kabul, saying that the attack was aimed at depriving girls of their right to “life”, “education” and progress, and was an example of genocide. They also called the attack a violation of all international law and Islamic values.

The resolution emphasizes that targeted attacks on Hazaras have recently intensified, and to prevent the targeted genocide of this ethnic group, national human rights organizations, including the Afghan Independent Human Rights Commission and international bodies such as the United Nations, the European Union and international human rights organizations must recognize this genocide.

The families of those killed and injured in the attack said that due to the increase in targeted attacks on Hazara people, special security measures should be taken in all parts of the country. They also called on the government to take the necessary security measures to prevent another attack on the Sayyid al-Shuhada school.

The resolution also called on the Afghan government to determine the fate of Shukria, a student at Sayyid al-Shuhada School who has been missing for since the attack on the school, and to put an end to her family’s concerns. The families of the victims called on the Afghan government to address the shortage of 190 teachers at the school. They emphasized that the demand was based on the needs of the school, not on “privilege”.

In a part of the resolution, it is emphasized that in order to honor the blood of the victims of the attack on the school of Sayyid al-Shuhada, on May 8, the day of the attack should be named “Martyrs of Education” in the official calendar and a monument should be erected on the school grounds. 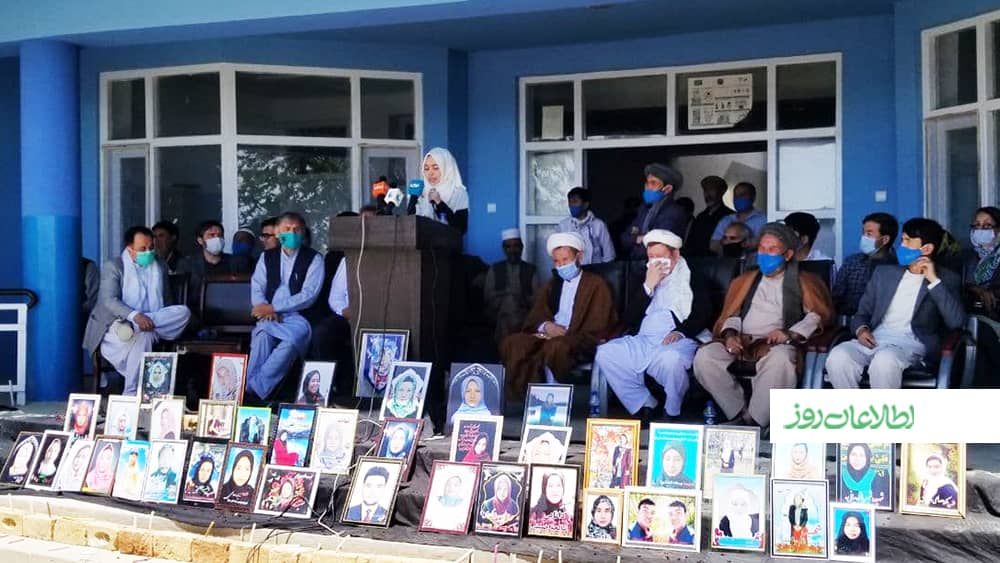 Following the attack, the AIHRC called it a genocide and said that the killings and other violence in Afghanistan should be investigated by a team of experts and independent of UN investigators. The commission called on the United Nations to “immediately” announce its commitment to identifying the perpetrators of the crime and to publish its report within two months. Sarwar Danesh, the second vice-president, also called the attack genocide.

Later, Thomas Nicholson, the EU Special Representative for Afghanistan, said in a meeting with female students at the Sayyid al-Shahd school that the killing of Hazaras should be stopped. Also, after the attack on the Sayyid al-Shuhada school and several other attacks in western Kabul, a number of Afghan citizens launched a campaign on Twitter to protest the targeted killing of Hazaras.

Launched under the name (#StopHazaraGenocide), the campaign said the world should recognize the killing of millennials as “genocide” and work to protect the Hazara people.