The Deputy of High Peace Council said that, in addition to internal factors, Afghanistan’s war and peace, has widespread international and regional dimensions. He added that there it is clear that apparent and hidden hands are involved in these issues at international level.

In a meeting on Thursday titled “Peace Talks, Fluctuating Politics and Uncertain Future” held by Afghanistan Law and Political Studies Organization, Mawlavi Ataullah Salim said that the delegation of the opposition group has always been under political pressure of some intervening countries who feel that peace in Afghanistan will not be in their interest.

He stressed that the lack of authority of the armed opposition at the negotiating tables indicate that neither our war is Intra-Afghan and nor our peace. 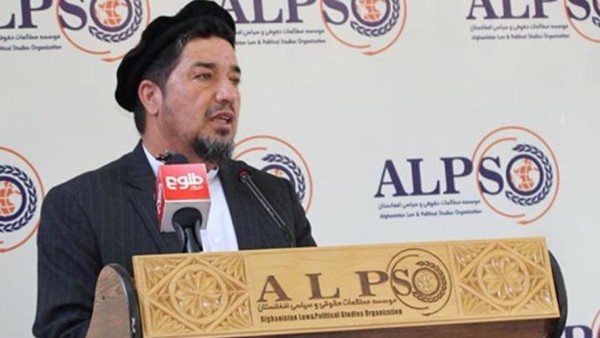 While stating that separate meetings of Afghanistan, Pakistan and Indonesia religious scholars and also the meeting of 36 Islamic countries in Mecca, were based on the recognition of the war in Afghanistan has questioned the legitimacy of the Taliban’s war against the government, according to Mr. Salim.

“The opposition’s war is neither legal nor Islamic, nor for the interests of Afghanistan. Now the rules of the game are clear, the cause of the war is known and the elimination of the legitimacy of war by the scholars of the Islamic world, the increase in national and international pressure on supporters of the insurgents have been created in order to encourage them to peace,” he noted.

The deputy head of the High Peace Council made these remarks that Taliban have not yet agreed to meet with Afghan government in Intra-Afghan talks.

Chief Executive Abdullah Abdullah, while addressing a ceremony on the World Refugee Day on Thursday expressed…