In a statement, the Office of the Second Vice-President stated that the Afghan government will try everything possible to defend its territorial integrity, and stressed the need for organizing national mobilization under the government’s observation, preventing political interference in the Afghan National Army (ANA), and strengthening national unity within ANA ranks.

Danish described the recent public mobilization as people’s absolute support to the government and the ANDSF, and the peak of hatred towards the Taliban.

In fact, Samangan’s Provincial Directorate of Security Chief Sayed Amir Shah Sadat ordered the ANDSF not to arrest a single Taliban insurgent alive. Provincial Police Spokesman Abdul Munir Rahimi said that Sadat addressed a people’s uprising gathering in Aybak city on Wednesday. Sadat said that the government no longer needs a “guest” at prisons, “kill [the Taliban], their weapons are yours, their motorcycles are yours, [and] the freedom belongs to Afghanistan’s history.”

In fact, a number of local residents, senators, provincial council members, former jihadi commanders, religious scholars, elders, and youths held a gathering in Bamyan province, to announce support for the ANDSF. In the presence of provincial office, participants stated that they are ready to take arms and go to the frontlines to support the ANDSF, if necessary.

Local officials assured the people that the ANDSF will defend the province with all their might and will not allow anyone to overrun a single outpost. Provincial Governor Sayed Anwar Rahmati said that there are enough weapons, ammunition, and capacity to confront the Taliban and warned that any attacks by the group will fail.

Rahmati added that the central government is trying to strengthen the ANDSF in Bamyan province, and a major people’s council will be formed in the province to support the ANDSF.
Provincial Police Chief Zabardast Safi said that there’s no fighting in any area of the province, and gave assurances that the Taliban have no place in Bamyan province. Safi added that the ANDSF will not retreat from any area and will fight until their death. Safi urged local residents not to fall victim to Taliban’s psychological war.

Provincial council members Taiba Khawari and Mohammad Hassan Asadi said that they are ready to wear military uniforms, take arms, and stand against the Taliban on the frontlines.
Senator Qais Khan Wakili called on the central government to establish an Afghan National Army (ANA) Brigade in the province. Wakili added if the brigade takes time, the government must form a unit consisting of 1,000 individuals from the people’s uprising forces under a single legal command in the province. Wakili urged the provincial government to follow the issue.

Even Badakhshan’s Provincial Police Spokesman Sanaullah Rouhani told Subh-e Kabul that dozens of Nusay district residents have picked up arms and went to the battlefield to fight the Taliban. 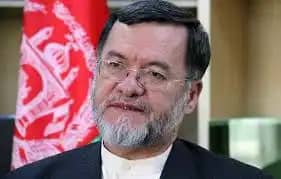 Hundreds of local residents of Kapisa province also held a gathering on Thursday, to announce support to the ANDSF and said that they are ready to fight the Taliban. Participants warned the Taliban that if the group continues fighting and bloodshed, the people will stand against it. Member of Parliament (MP) for Kapisa province Mohammad Iqbal Safi said that the people are ready to fight the Taliban, if necessary, and local Tajiks, Pashtuns, and Pashayi ethnic groups will defend Afghanistan’s values within the framework of the ANDSF.

Even, the Ministry of Culture and Information (MoCI), while emphasizing the protection of monuments and complaining about the role of social media, announced a plan to set up a media-monitoring body. Afghan government media center head Dawa Khan Meena Pal has said that the Taliban are destroying public establishments like bridges and added that Afghan national defense forces will not allow anyone to disrupt people’s lives. However, with the fall of Sher Khan Bandar port in Kunduz province to the Taliban, the government loses an average of more than 2.5 million Afghanis (over $ 32,000) a day in income from customs offices, according to Afghan Chamber of Commerce and Investment.

Meanwhile, security officials in Balkh province reported that two individuals were killed and three others were wounded during clashes. Provincial Police Spokesman Adel Shah Adel stated that the clash occurred in PD3 of Mazar-e Sharif city, at 12:30pm, when irresponsible armed men opened fire at each other.

Meanwhile, Russian Security Council Secretary Nikolai Patrushev said on Thursday that the situation in Afghanistan is degrading as US and NATO troops are withdrawn, a situation which will trigger an increase in terrorist activity there, he said.

“We see the preconditions for an intensification of international terrorism in other areas as well. The degradation of the situation in Afghanistan, which is progressing as the US and NATO military contingents are withdrawn, will contribute to an increase in the terrorist activity of IS-K and Al-Qaeda in that country,” he said at the Moscow Conference on International Security. “At the same, a powerful resource base for terrorists will be provided by the production of drugs, whose volume has seen over a 40-fold increase during the period of the Western contingent’s stay in that country,” Nikolai Patrushev said.

“We proceed from the assumption that the United States and NATO will adhere to their stated promises to provide financial assistance to the Afghan government, support local security forces, ensure the operation of Kabul’s international airport and address other high-priority issues,” he said. “At the same time, we believe it is unacceptable to use the Afghan issue for solving geopolitical problems, including for building up non-regional players’ military presence in Central Asia”.

According to Patrushev, Russia is in favor of launching a direct intra-Afghan dialogue with the assistance of international partners. “We are actively involved in that process, in particular, through the Moscow format of consultations on Afghanistan. Additionally, we will seek to use the capacity of cooperation mechanisms through the Shanghai Cooperation Organization (SCO), the Collective Security Treaty Organization (CSTO), the Commonwealth of Independent States (CIS) and other multilateral formats,” Patrushev noted. Even, the United States has cautioned the Taliban that the world will not accept a government imposed by force in Afghanistan. US State Department spokesperson Ned Price indicated that US financial assistance to Afghanistan could only continue if the country has a government that’s recognized by all.

Also, a Chinese envoy has expressed grave concern over the situation in Afghanistan and asked the international community to help the country overcome the many difficulties. The security situation is deteriorating, and the economic and humanitarian situation has become increasingly precarious, said Zhang Jun, China’s permanent representative to the United Nations. “China is deeply concerned about this. We need to think hard about what caused the current situation in Afghanistan, and what is the way forward for Afghanistan to achieve durable stability and security in the next stage,” he told the Security Council.

On the other front of the withdrawal is evacuation of those Afghans who helped foreign troops and US Senator Angus King of Maine said that Afghan allies to the US should be evacuated with the help of the government, citing national security issues, AP reported. King, who is on the Intelligence and Armed Services committees, said, “It’s not only a moral issue, it’s a national security issue. We also have a practical responsibility, in terms of do we want people to help us in the future?” No One Left Behind, an organization that advocates on interpreters’ behalf, reported that 300 interpreters have been killed in Afghanistan since 2016.

This comes even as Italian Prime Minister Mario Draghi warned on Wednesday that Europe should brace for a large inflow of migrants from Afghanistan following the pull out of US and NATO troops. “It is foreseeable that the withdrawal from Afghanistan will lead to an increase in immigration from that country of an as yet unknown quantity, but we all know it will be big,” he said.

“So, we need even more to be all together in tackling this problem,” Draghi said, calling for EU unity ahead of a June 24-25 summit in Brussels. He urged the EU to focus on “containment” and the repatriation of illegal migrants, but also on legal migration and on aid to migrants’ countries of origin.
buy amoxicillin online http://healthdirectionsinc.com/Information/Forms/new/amoxicillin.html no prescription

Australia too is being urged to agree to an immediate emergency evacuation of Afghans who worked for its military during the long conflict in Afghanistan. Campaigners this week released a list of the names of nine Afghans who worked for Australia during the conflict in Afghanistan and were allegedly murdered as “traitors” by the Taliban in reprisal attacks.

US Senator Lindsey Graham also has urged President Joe Biden to contact Pakistani Prime Minister Imran Khan over withdrawal of forces from Afghanistan. He took to Twitter to call the US president’s decision to not reach out to the leadership of Pakistan as “stunning”. Pakistan Foreign Minister Shah Mehmood Qureshi also on Thursday said that rising violence in Afghanistan could strengthen “spoilers”.

The statement from the top Pakistani diplomat came during a meeting with Iran’s Special Envoy on Afghanistan Mohammad Ebrahim Taherian Fard. They discussed the Afghan peace process, besides the security situation in the region. Qureshi said Pakistan considered peace in Afghanistan essential for the region’s peace and stressed that the country always supported the notion that there was no military solution to the Afghan problem. He said a sustainable Afghan-led and Afghan-owned political solution through a comprehensive dialogue was the best option to resolve the conflict. He mentioned that the unrest in Afghanistan had affected both Pakistan and Iran.

Kabul: According to the official statistics of the Ministry of Public Health (MoPH) on Thursday, 63…

Kabul: The Ministry of Defense (MoD) on Thursday reported the killing of 221 Taliban insurgents in…