President Ghani arrived in Islamabad on Thursday to hold talks with Pakistani leadership. He is on a two-day visit to the country.

Pakistani Adviser on Commerce Abdul Razak Dawood and other officials received the Afghan President at Nur Khan airbase, as per Radio Pakistan.

President Ghani was also given a twenty one gun salute. He is accompanied by a high level delegation including Ministers, advisers, senior officials and businessmen.

During his stay, the Afghan President will hold delegation level talks with Pakistani Prime Minister Imran Khan. The wide-ranging talks between the two sides would focus on strengthening bilateral cooperation in diverse areas including political, trade, economic, security, peace and reconciliation, education as well as people-to-people exchanges. 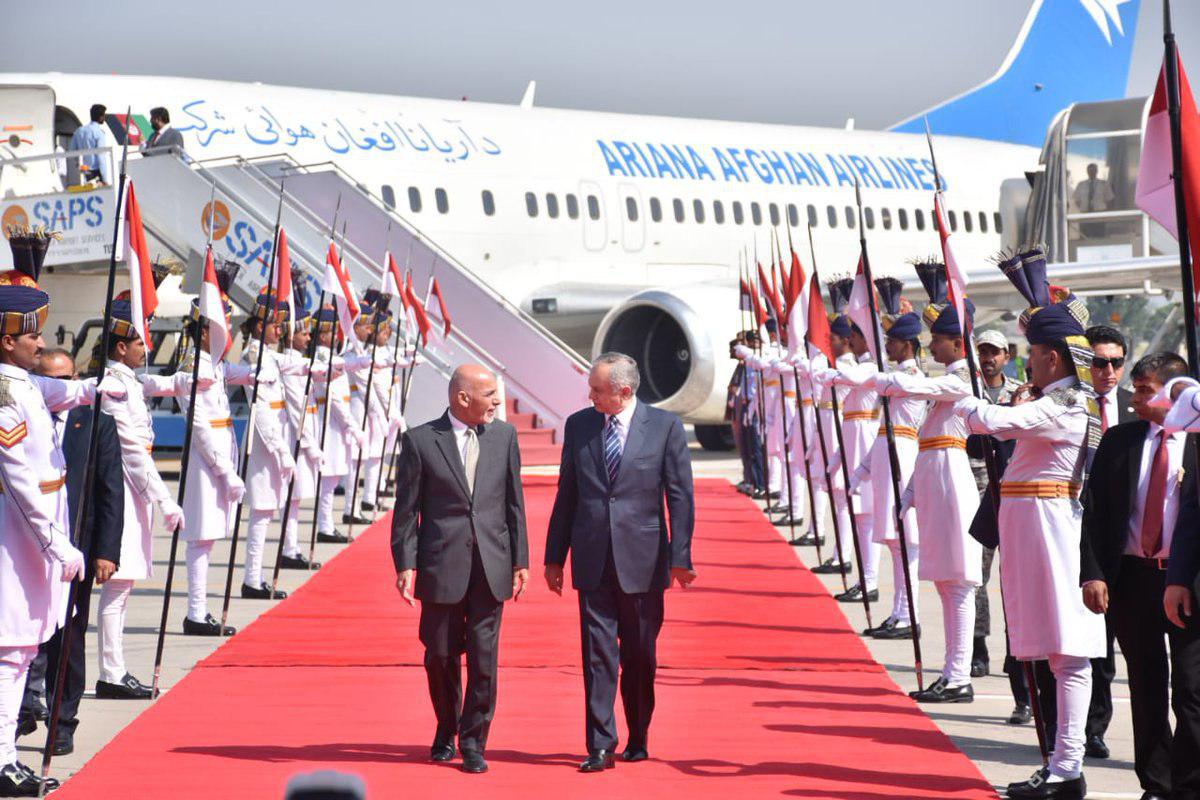 President Ghani will also travel to Lahore where he will participate in a business forum attended by business representatives from both the countries.

This is President Ghani’s third visit to Pakistan and follows the recently held first review session of the landmark Afghanistan-Pakistan Action Plan for Peace and Solidarity.