Data collected from just 10 airstrikes by the U.S. military and Afghan government showed 115 civilians were killed, more than 70 of them children, reports The Bureau of Investigative Journalism (TBIJ).

Over the past two years, over 60% of the casualties of the Afghan war were children.

TBIJ crowdsourced information on particular strikes that hit family compounds in 2018 and 2019. Then it worked with an Al Jazeera film crew, who were on the ground in Afghanistan, to meet the survivors and confirm the casualties.

Of the 10 airstrikes, four have no official explanation. The other six were explained by the U.S. military as a self-defense measure. 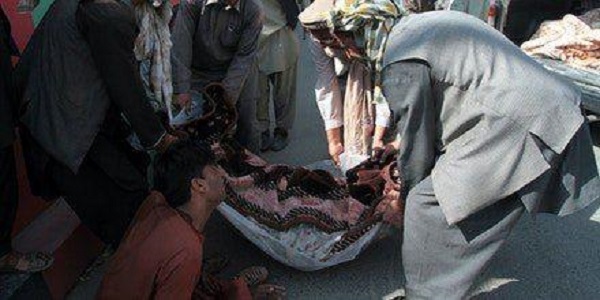 Experts told TBIJ that the number of civilian casualties and the stories around the airstrike “raise serious concerns around compliance with the law of armed conflict.” The principle of proportionality does not hold, they explained. According to the laws of war, this means that it while it is legitimate to attack a Taliban fighter, the attack may not cause disproportionate harm to civilians or their property.

Patricia Gossman, a senior researcher on Afghanistan for Human Rights Watch, said that high number of civilian casualties and children meant that “these strikes may have been disproportionate.”

The victim families have said even if the targets were the fights occurring nearby, striking their homes and killing civilians was unjustified. Compounding the issue was the fact they have never received any accountability or explanation for the killing.

In March, the International court of Justice had ruled that an investigation into war crimes and crimes against humanity committed by the U.S. and other parties in Afghanistan could proceed.