A group of 40 Wisconsin National Guard soldiers has returned to the U.S. from Afghanistan after deployment as “guardian angels” to provide protection for coalition forces and Afghan troops.

The soldiers arrived at Fort Hood, Texas, for demobilization and will return home to Wisconsin later this month. 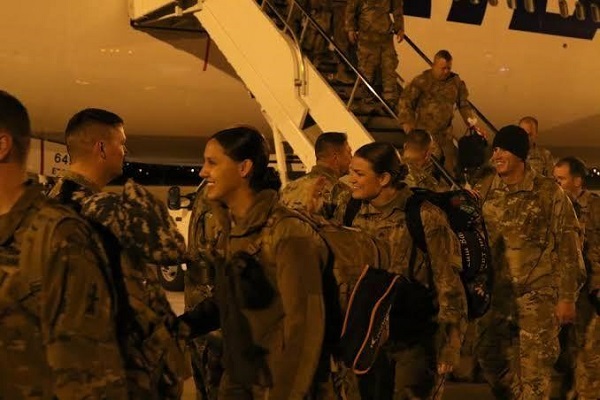 They’re the second group of 1st Battalion, 128th Infantry soldiers to return early from their deployment due to a planned drawdown of forces from Afghanistan announced earlier this year. Approximately 150 soldiers from the battalion returned to Wisconsin on April 28.

More than 200 soldiers from the unit remain in Afghanistan to support the Army’s 3rd Security Force Assistance Brigade. The battalion mobilized for deployment last July.

Pakistani agricultural traders have requested their government to allow import of fruit and vegetables from Afghanistan,…