Moscow has condemned a terrorist attack on a Sikh temple in Kabul and calls on the Afghan authorities to ensure security in the country, the Russian Foreign Ministry said in a statement on Thursday.
buy vardenafil online https://farmerslabseeds.com/wp-content/themes/pridmag/inc/dashboard/css/new/vardenafil.html no prescription

“We condemn this barbaric crime aimed at inciting religious hatred in Afghanistan,” the statement reads. According to the Russian Foreign Ministry, the attack “emphasizes the need for more effective measures to combat the threat of the Islamic State terror group [outlawed in Russia] and attempts to turn Afghanistan into a beachhead for spreading terrorism in the region.” 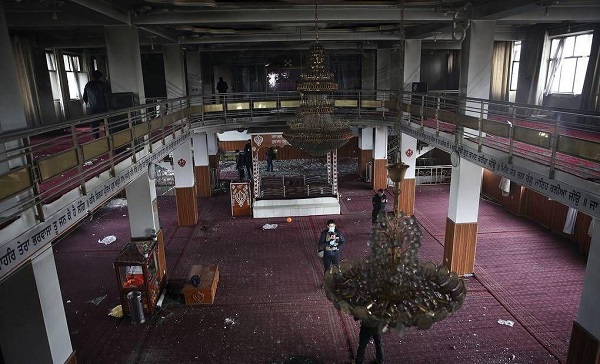 “We once again call on the Afghan authorities to take comprehensive steps in order to ensure the safety of the country’s people and step up efforts to destroy the Islamic State’s facilities on Afghan soil,” the statement adds.

The Islamic State group claimed responsibility for the March 25 attack, which killed more than 20 people.