The Taliban says Afghanistan’s government has agreed to begin releasing Taliban prisoners by the end of March.

The development could help break a deadlock that has held up negotiations between the Taliban and the Afghan government under a U.S.-brokered peace process.

The Taliban announced the development following a video conference on March 25 in which the prisoner release was discussed in detail. 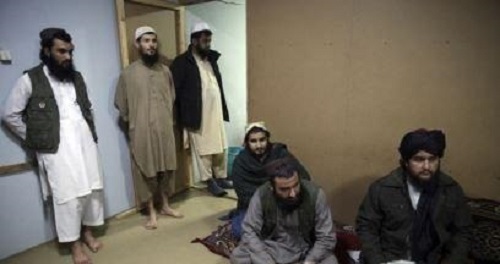 “The meeting decided that the release of the prisoners will practically start by the end of March,” Taliban spokesman Suhail Shaheen said on Twitter.

Shaheen said the Taliban would send a team to the Bagram detention center north of Kabul where Afghan authorities are holding many Taliban prisoners.

It was not immediately clear how many prisoners would be released. The Taliban have demanded 5,000 as a precondition to talks with Kabul.