A statement from the Presidential Palace media office said President Ghani held a telephone call with Turkmeni president Gurbanguly Berdimuhamedow and congratulated him on New Year.

The statement said the Afghan leader expressed his hope for the Turkmenistan impartial conference and added all preparations had been made for the TAPI project and promised Afghanistan cooperation in power and transit areas. 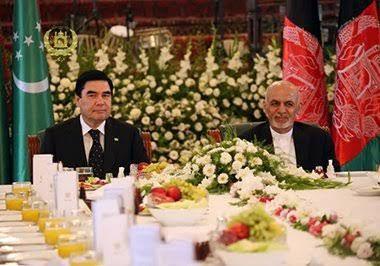 During the phone conversation, the Turkmen President called President Ashraf Ghani as, “Dear brother thanks for the telephone” and congratulated Ghani on his reelection and promised further cooperation with Afghanistan.”

GurbangulyBerdimuhamedow said he was enjoying economic and political relationship with Afghanistan.

He said his country was ready to work and have cooperation with the war-hit country and the TAPI project has special place in both countries’ relationship.