US Secretary of State Mike Pompeo called a surge in violence in Afghanistan this week “unacceptable” and warned both the Taliban and the Afghan government to “stop posturing” ahead of intra-Afghan peace talks.

“The upsurge in violence in parts of Afghanistan over the last couple days is unacceptable,” Pompeo told reporters at the State Department on Thursday. “In no uncertain terms, violence must be reduced immediately for the peace process to move forward.”

The Taliban has resumed offensive operations against Afghan government forces after last week’s reduction in violence and after signing a deal Saturday with the United States that lays out a timeline for the withdrawal of U.S. forces.

Meanwhile, the Afghan government has rejected a provision in the U.
buy zoloft online https://rxbuywithoutprescriptiononline.net/dir/zoloft.html no prescription

“While a reduction in violence is paramount, we also continue to press all sides to stop posturing and start a practical discussion about prisoner releases,” Pompeo said Thursday. “Knuckle down and prepare for the upcoming intra-Afghan negotiations.”

In a message to all Afghans, Pompeo added: “Do not squander this opportunity.”

Even as Pompeo criticized the increase in violence, he insisted senior Taliban leaders remain committed to their deal with the United States. 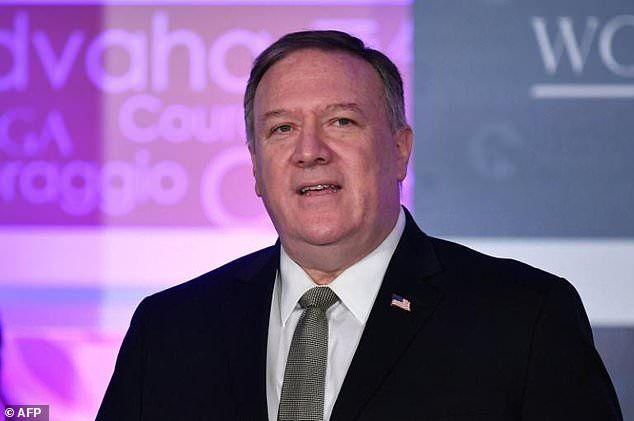 He also insisted the Trump administration is “not naive” and that it knows “everything’s got to be verified.”

U.S. special envoy Zalmay Khalilzad, who led negotiations with the Taliban, is in Kabul on Thursday to work on the prisoner exchanges, Pompeo added.

“All the parties understand that it’s time for prisoner exchanges to take place. A number of the prisoners being held have served their full sentences. We need to move that process forward,” Pompeo said. “It will be political. Both sides think they have leverage. But we have urged all the parties to do is stop posturing. It’s time to move forward. It’s time to reduce violence. It’s time to sit down and talk.”