According to a statement released by Pentagon Press Secretary Alyssa Farah, US Secretary of Defense Mark T. Esper make a telephone call to the China Minister of National Defense General Wei Fenghe and discussed bilateral and international relations.

According to the official report Secretary Esper used the call to “advance a constructive, stable, and results-oriented defense relationship between the United States and China.” 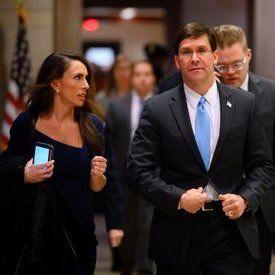 This was the first time since US and Taliban signed an Agreement in Doha to move towards a peaceful approach in Afghanistan and clear way for the withdrawal of U.S. troops from Afghanistan after 19 years of war.