Senior U.S. military commander General Kenneth McKenzie says that no decision has been made about the presence of U.S.-led NATO forces in Afghanistan.

Marine Gen. Kenneth McKenzie, head of U.S. Central Command, told U.S.-funded Middle East Broadcasting Network’s Alhurra TV on Monday that no decision has been made about the presence of U.S. and coalition forces in Afghanistan. 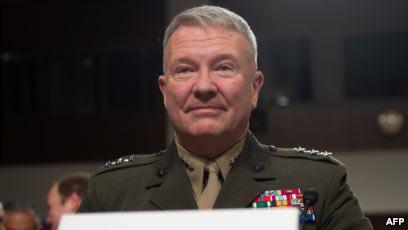 “We’ve made no decision about any shift in U.S. or coalition forces in Afghanistan at this time. Any future decisions will be directly related to ongoing negotiations involving the government of Afghanistan, the people in Afghanistan and possibly the Taliban,” McKenzie, who commands all U.S. military operations in the region, said.

“I think we’ll stay as long as necessary to ensure that the mission is accomplished, and the mission is ensuring that attacks against the U.S. homeland can’t be launched from Afghanistan,” he emphasized.

McKenzie also said the U.S. is interested in “lasting peace” in Afghanistan and that the country would not be used by terrorists to pose a threat to the security of the U.S and its allies.

“Whatever future government there is in Afghanistan is going to have to embrace the idea that it won’t be a breeding ground for terror operations that could operate against either the United States or our partners and allies,” McKenzie said.

Shams Al arafin Shrine Destroyed in Ghazni, to Be Reconstructed