The US department of defense has included Pakistan-based Lashkar-e-Taiba (LeT) among the three terrorist organisations posing the greatest threat to foreign troops in Afghanistan, with at least 300 LeT operatives active in the war-torn country.

LeT, designated a global terror organisation by the US and the UN, was responsible for the 2008 Mumbai terror attacks that killed 166 people. The US has offered a $10 million bounty for the group’s founder, Hafiz Saeed, whose bid to be removed from a list of sanctioned terrorists was rejected by the UN in March. 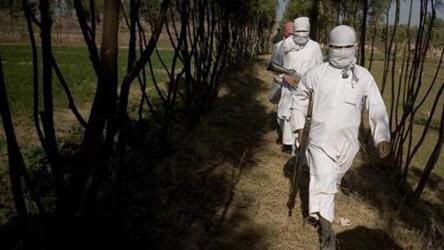 There have been reports of LeT cadres fighting alongside the Afghan Taliban for more than a decade, though the report by the lead inspector general of the US department of defense’s office of inspector general is perhaps the first public acknowledgement of the threat posed by the group in Afghanistan.

The report for the period from January 1 to March 31 summarises significant events related to Operation Freedom’s Sentinel, the official name for US-led military operations in Afghanistan.