Senior representatives from the U.S., Afghanistan and Uzbekistan, convened a virtual meeting on Wednesday to talk about the situation in Afghanistan and work on issues of mutual political, economic, security and development concern.
buy lexapro online http://healthdirectionsinc.com/Information/Forms/new/lexapro.html no prescription

This was their first-ever trilateral meeting.

The three later issued a joint statement, where they pledged greater cooperation among themselves, and called on countries of the region and the broader international community “to promote the Afghanistan peace process and to support the goal of a durable political settlement preserving the gains of the past 18 years to end the war in that country.”

They also welcomed the power-sharing agreement between Afghan President Ashraf Ghani and his rival, now Chief Executive Officer Abdullah Abdullah who is also chair of the High Council for National Reconciliation. Both these steps “should help move the peace process forward” the envoys said.

They also affirmed the urgency of starting the intra-Afghan negotiations to discuss a comprehensive ceasefire and a political roadmap for Afghanistan’s future. The statement said they “welcomed the historic Eid ceasefire and the decision by Afghan leadership this week to expedite the release of Taliban prisoners.” They also encouraged the continuation of the Eid ceasefire. 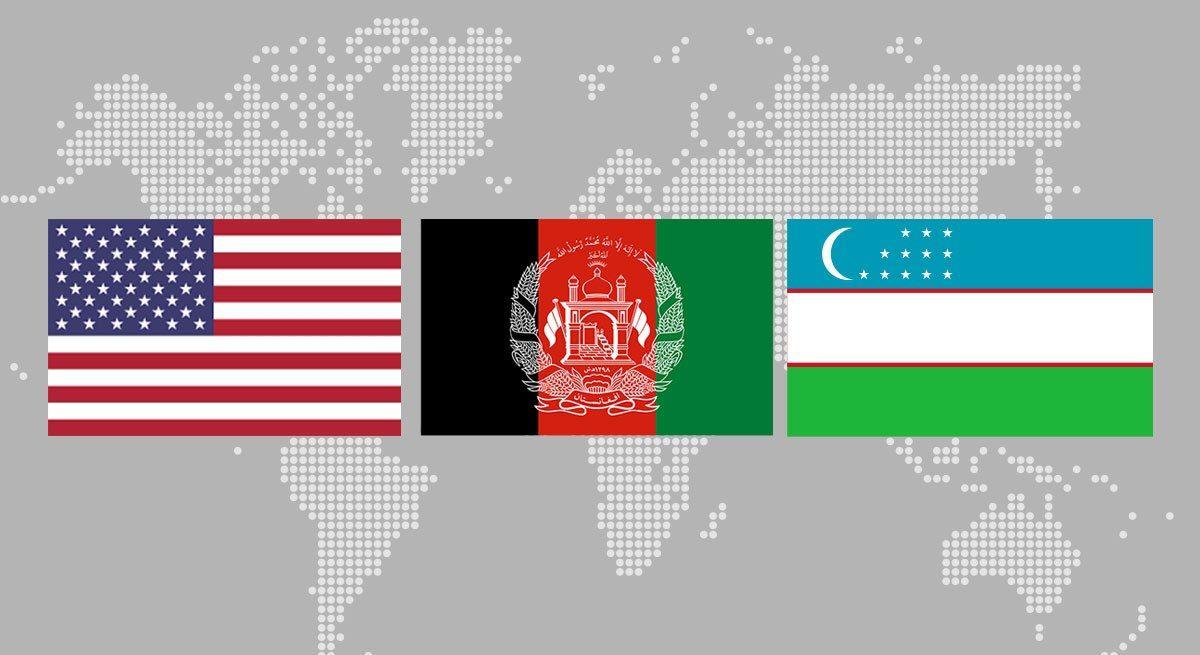 The statement noted, “the necessity of Afghanistan not returning to pre-ceasefire levels of violence and noted the urgency of eliminating civilian casualties in order to create an environment conducive for peace and delivery of essential life-saving services to fight the COVID-19 pandemic…”

They also “took note of the US-Afghanistan Joint Declaration and the US-Taliban agreement of February 29… to this end, the sacrifices of the Afghan National Security Forces and its international partners are greatly appreciated.”

Through the trilateral format, the participants intend to deepen cooperation by addressing cross-border security issues: “Developing security cooperation and intensifying joint efforts to combat cross-border threats along the frontier between Uzbekistan and Afghanistan, and to address issues such as terrorism, drug and precursor trafficking, smuggling, illegal migration, human trafficking, and wildlife trafficking throughout the region.”

Improving connectivity: “Improving rail connectivity, including increasing the volume of freight transit traffic between Uzbekistan and Afghanistan and beyond, with a view to the uninterrupted delivery of food, essential goods, medications, especially in the context of the coronavirus pandemic, and improving regional transit integration… Discussing the construction of railways linking Uzbekistan with ports in Pakistan and beyond, in particular, discussion of the feasibility of construction of railways along the Mazar-e-Sharif-Herat-Bahramcha and Mazar-e-Sharif-Kabul-Torkham routes.”

Promoting trade: “… between Afghanistan and Uzbekistan by reviewing and improving legal frameworks, policy reforms, sharing of information, use of appropriate technology, risk management, investment in infrastructure and human resources and removing constraints and bottlenecks, including through the development of the Free Economic Zone at the Termez border crossing.”

The statement also mentioned that one of the important things they wanted to explore were ways to mitigate the consequences of COVID-19 on food security. They reaffirmed their goal of promoting women’s equality and economic empowerment so that women can serve as drivers of the response to and recovery from the impacts COVID-19.

Other issues covered at the meeting were expanding people-to-people military exchanges, and humanitarian engagement to address future pandemics and natural disasters.

They promised to establish a working group to implement the decisions made at the trilateral summit.