SIGAR has quoted Resolute Support estimates in its quarterly report’s chapter on security, to bring to light that of the 407 districts in Afghanistan, as of July 31, 2018, 226 of them were under Afghan government’s control or influence. This figures at 55.5% control/influence.

Why this was significant is because SIGAR noted that the trend was a slight decline since last quarter by a margin of 0.7%. 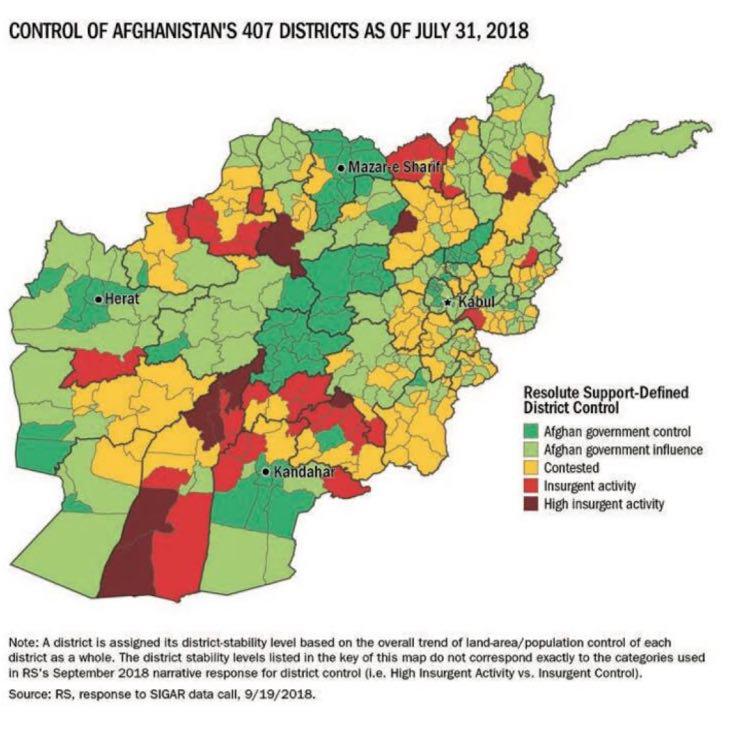 All this makes the number of contested districts (those that come under influence or control of neither government nor insurgents) stand at 132 which is 32.4%. This category has seen an increase of 10 districts.