Reports indicate a clash between students at Kabul University has occurred.

Kabul police spokesman Basir Mojahed confirmed to Reporterly saying that: “first there was a verbal argument among the students, and then the clashes intensified. Police are currently in the area and have blocked the area”. 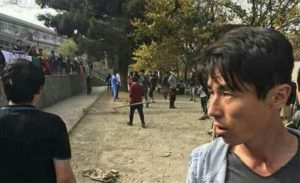 He emphasized that the police intervened in the conflict and is trying to end the conflict with air shooting.

Security sources also confirmed the clash and said the police had launched an air shooting to disperse the students.

Officials from the Ministry of Higher Education have not spoken to reporters about the conflict yet. Ministry of Interior has confirmed to news media that the situation is under control now.